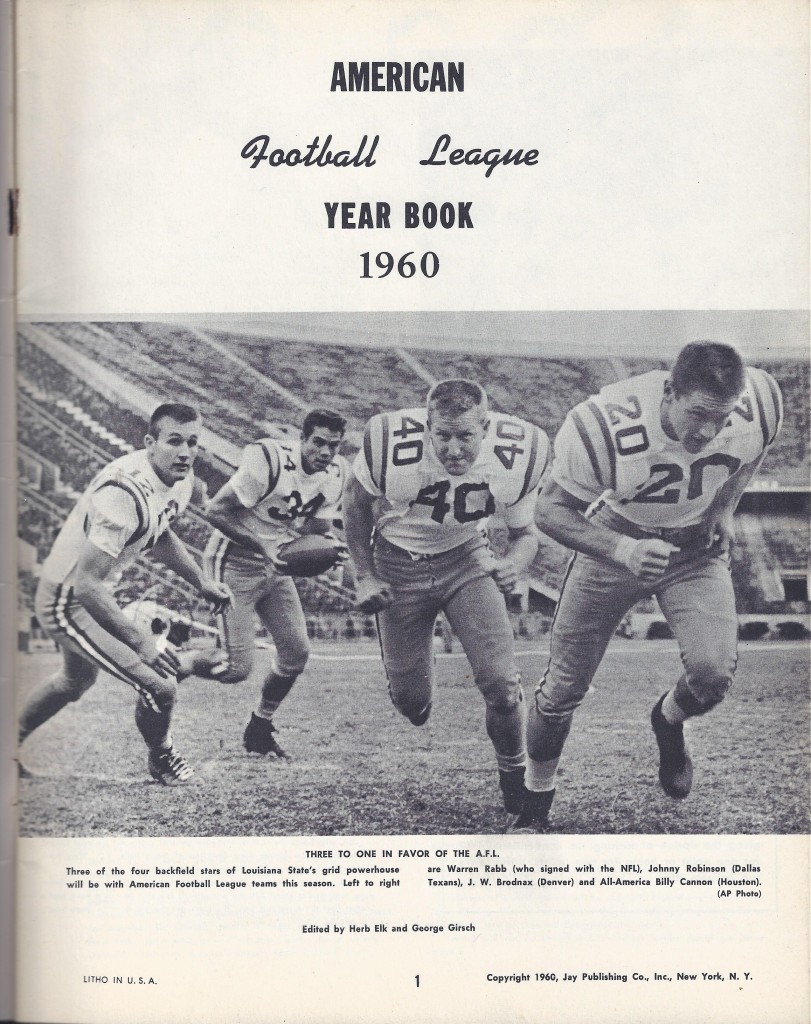 The Louisiana State University football team was dominant in 1958 & 1959.  Paul Dietzel’s recruiting classes of 1955 & 1956 paid huge dividends, and led the Tigers to an NCAA championship in 1958, and a third place national ranking the following year.  LSU junior, Billy Cannon, took home the Heisman Trophy as the nation’s top collegiate football star in ’59, and was joined in the Tiger backfield by three other athletes who all went on to play professional football – Johnny Robinson, J.W. Brodnax, and Warren Rabb.

While Rabb joined the Detroit Lions out of college (he played for the AFL’s Buffalo Bills in 1961 & 1962), Cannon, Robinson and Brodnax all signed with AFL teams after leaving LSU.  Their joining the new league was such a boost to the AFL, that a photo of the LSU backfield was featured on the first page of the 1960 American Football League Yearbook.  And while as professionals, Brodnax and Rabb may not have enjoyed the success they had in college, Billy Cannon and Johnny Robinson both played all 10 years of the AFL, won multiple championships, and were chosen for several all-star teams.