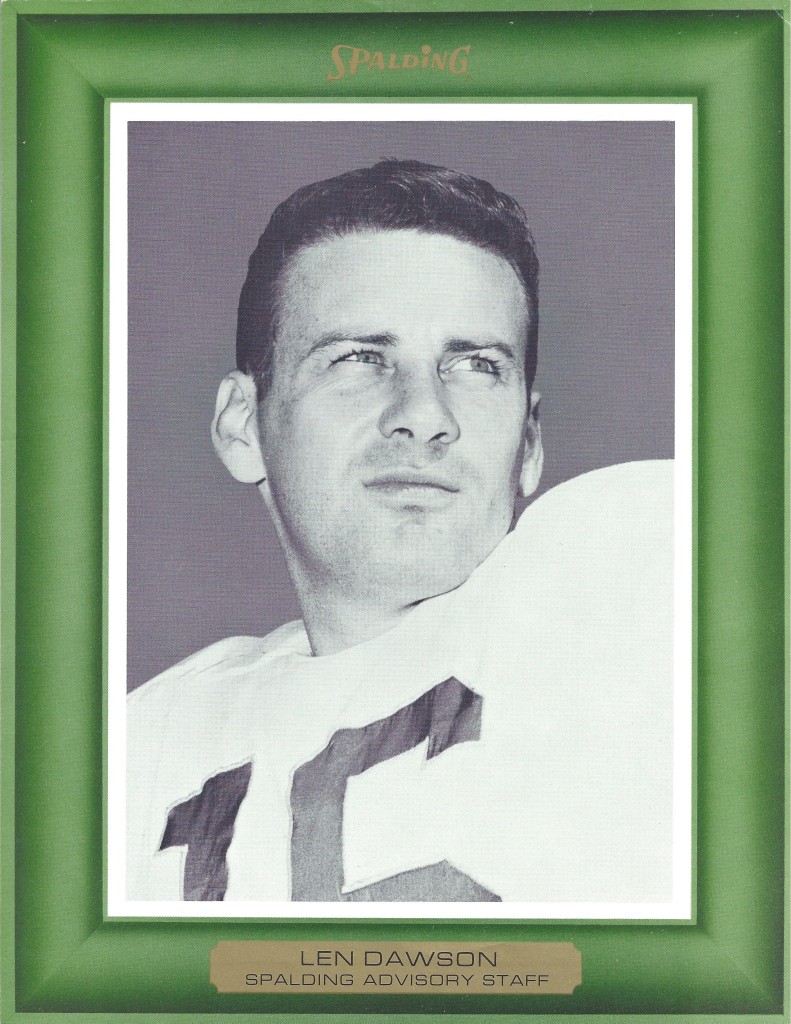 During the mid-late 1960s, the Spalding Sporting Goods Company issued a number of roughly 8″x10″ photos of professional football players who were members of their “Advisory Staff.”  These photos are simple, yet attractive, and feature many of the top players of the era.  Unfortunately, only one AFL players is featured amongst several photo sets – Len Dawson.

There are four different Spalding sets that were released between 1963-1968, one with a simple white border, and then others with brown (1966), red (1967) and green (1968) “wood” framed borders.  Dawson photos are included in the white (though he is featured in a Pittsburgh uniform), and green border sets.