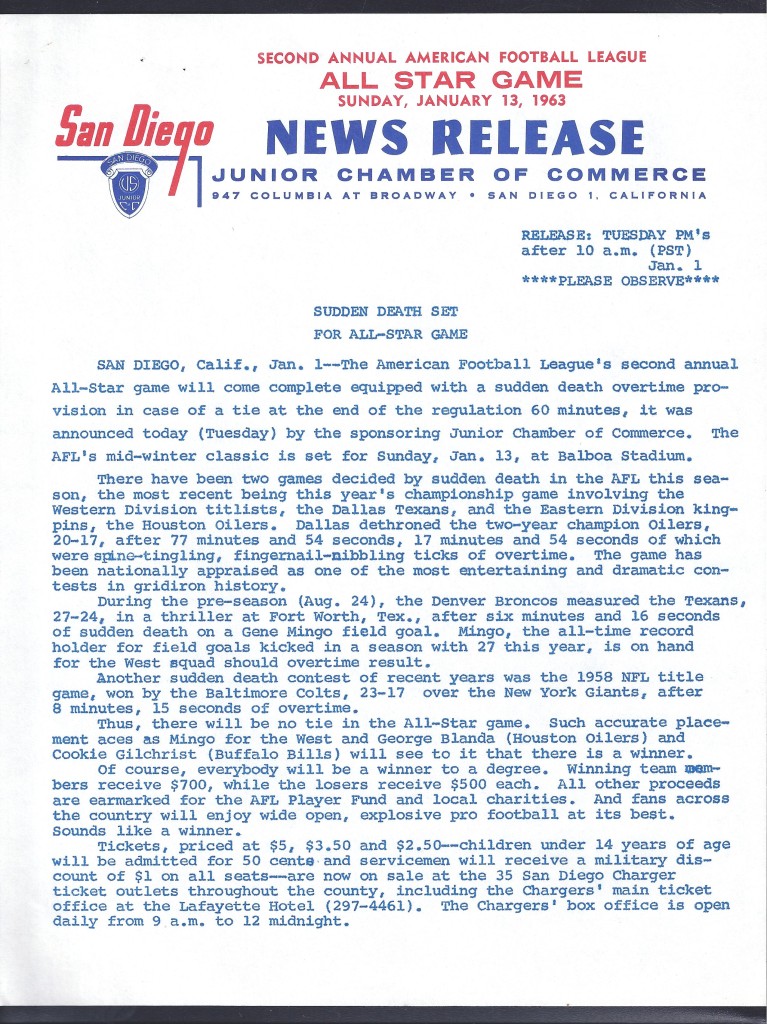 Here is a original press release for the second annual AFL All-Star Game, that was played in San Diego’s Balboa Stadium.  I enjoy items like this, as I always learn something new in reading them.  I found this particular release interesting as the main subject is how a “sudden death” format will be worked into the upcoming game in the event of a tie at the end of regulation play.  It is an interesting note, but it seems like a strange bit of information to be released under a splashy headline.  Perhaps San Diego’s Junior Chamber of Commerce was looking to promote the game by all means, and at this late date was issuing releases continually to help keep the game at the forefront of people’s minds?

Another bit of info that caught my eye was the line that said, “All other proceeds are earmarked for the AFL Player Fund and local charities.”  What was the AFL Player Fund?  For what did it raise funds?  I would like to think that the AFL had earmarked funds for current or former players going through difficult times, perhaps a precursor to the Gridiron Greats Assistance Fund or the NFL Dire Need Fund, though I have my doubts that this was the case.  Still, it would be nice to learn that the AFL was ahead of the curve in recognizing and assisting it’s players  going through challenges in their lives.