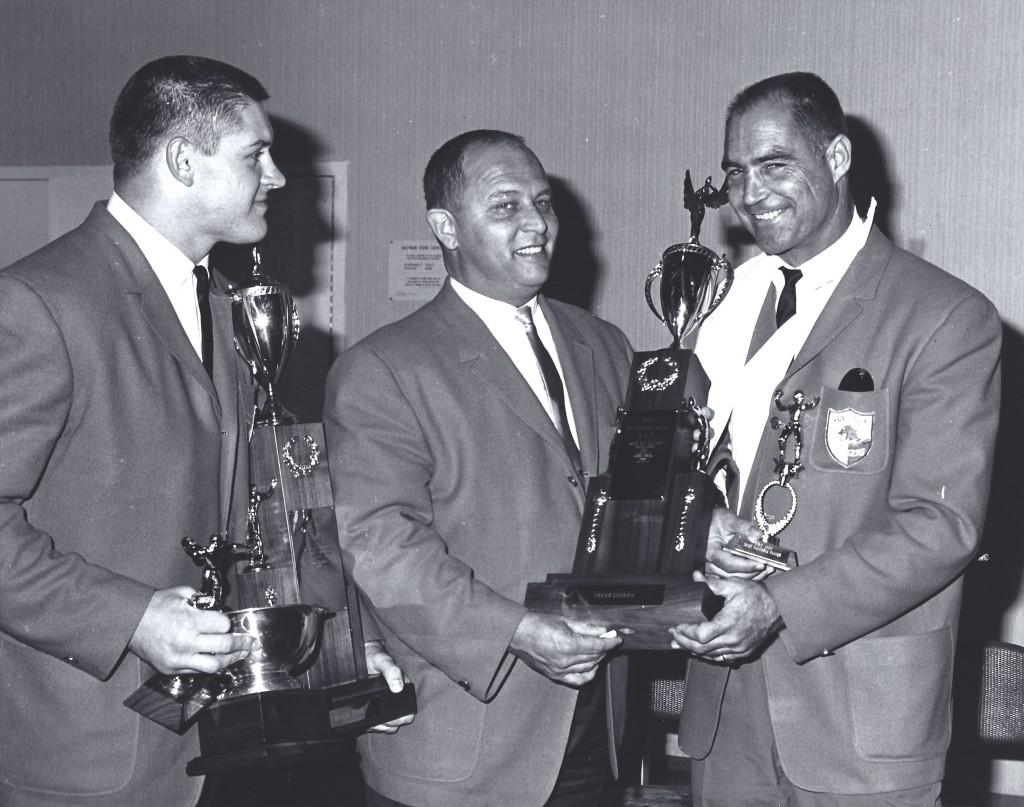 For a while now, the San Diego Union-Tribune has been running a neat daily feature called Pages from History, in which Bill Pinella notes the highlights from sports pages 5, 10, 20 & 50 years ago.  As this is the 50th anniversary of the Chargers famed 1963 season, it has been fun to read bits and pieces about that legendary team with my morning coffee.

Yesterday’s (December 12) posting from 50 years back was kind of fun, and since I have photos from the event, I thought that I would share:

A crowd of 00 Chargers Backers gathered at OceanHouse and named team QB Tobin Rote as the Chargers’ MVP for 1963.  Rote fought back tears in accepting the honor.  Linebacker Chuck Allen was named the team’s “most inspirational player” and top defensive back.  Quite an honor for a linebacker…”

While Tobin Rote passed away in 2000, I spoke with Chuck Allen at the game celebrating the 1963 Chargers team, and I’m happy to say that he’s doing great. 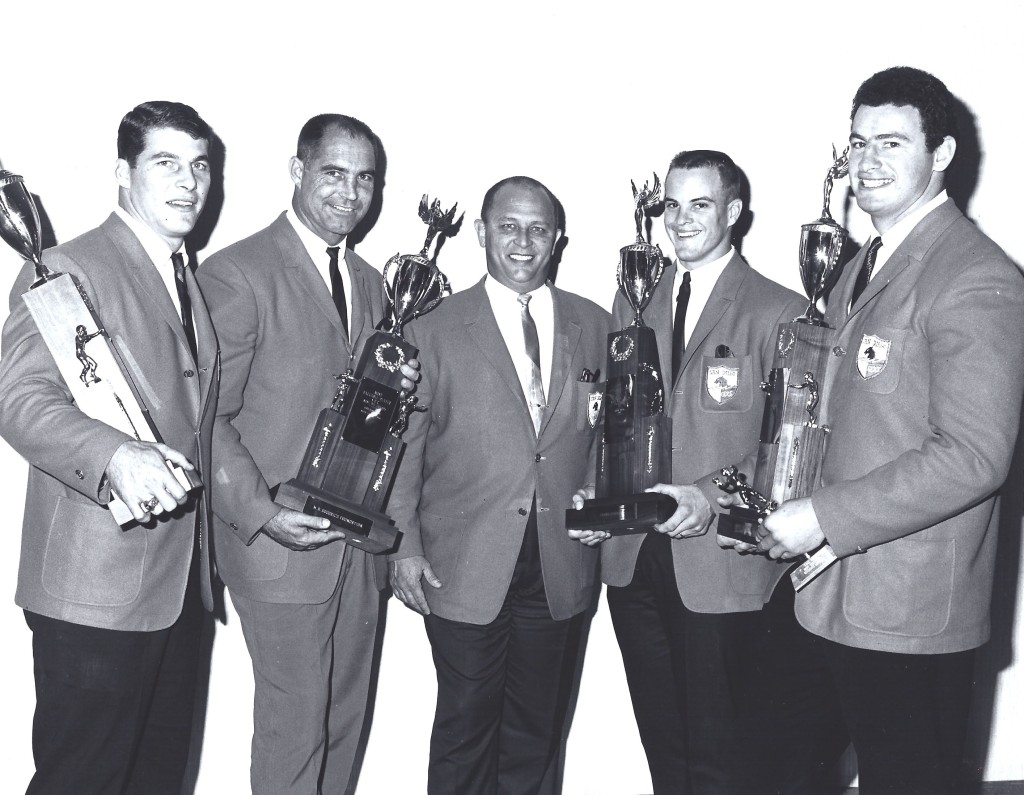