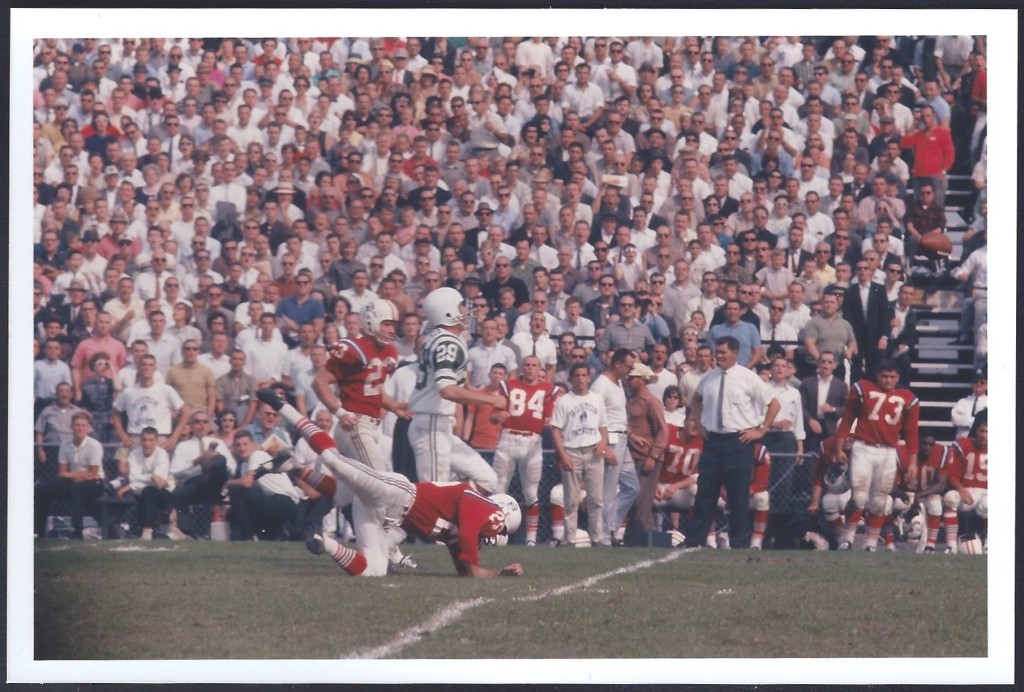 I was recently digging through eBay, when I came across a collection of nine color images from a preseason game between the Boston Patriots and New York Jets, played on Sunday, September 1, 1963.  The game was played at Rutgers Stadium, on the campus of Rutgers University.  The color in the images immediately drew my attention, and I purchased the lot. Preseason games usually aren’t a cause for much excitement, even in AFL times, but there are a couple of facts that made this game somewhat interesting. 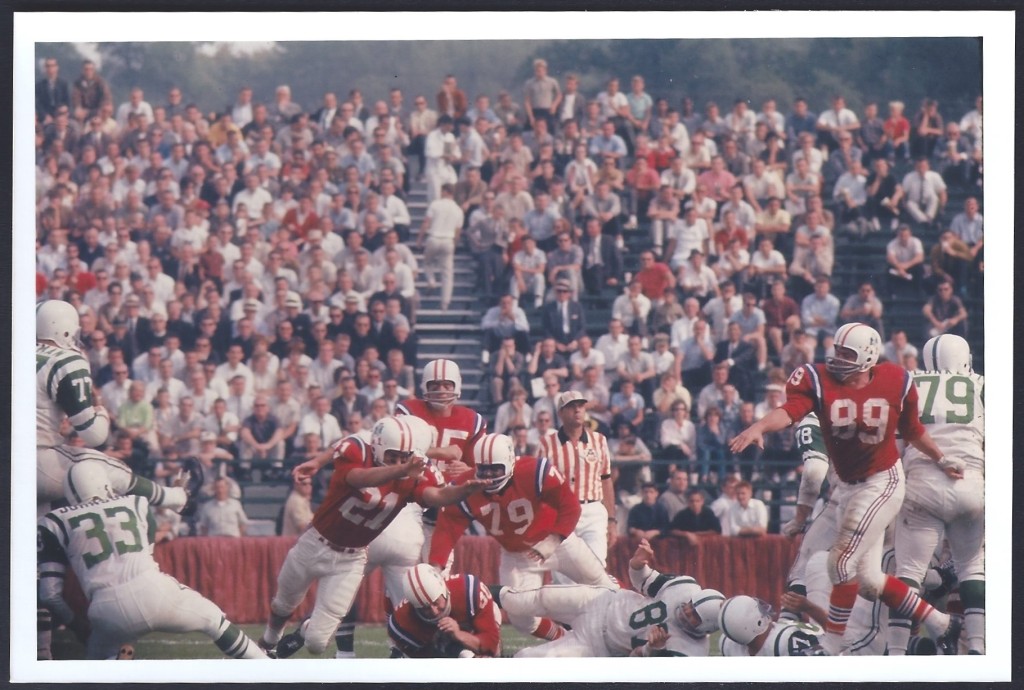 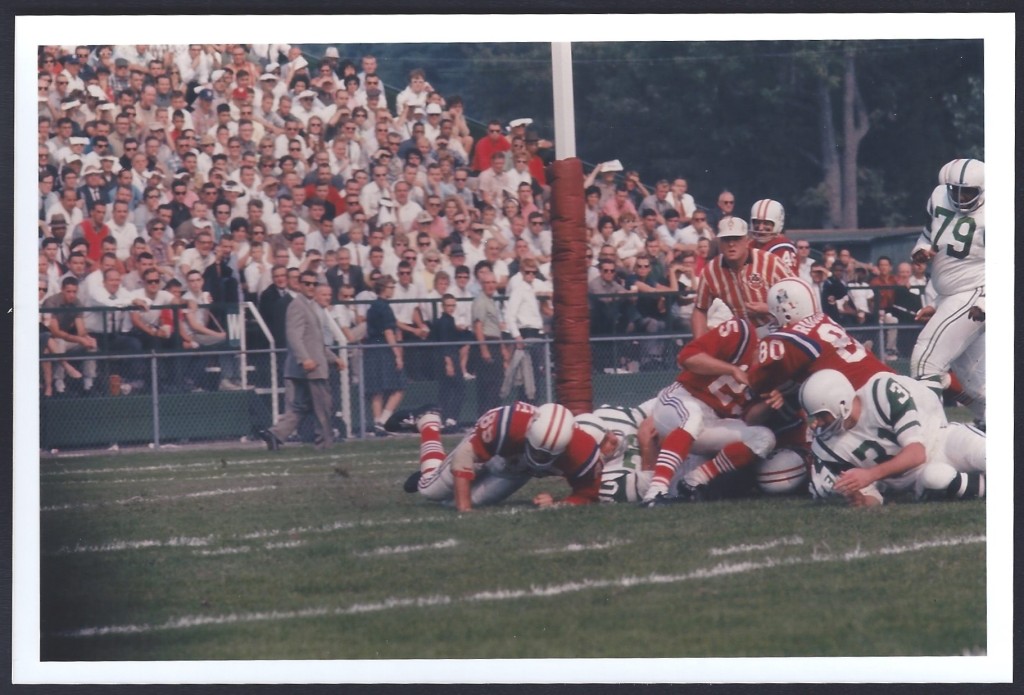 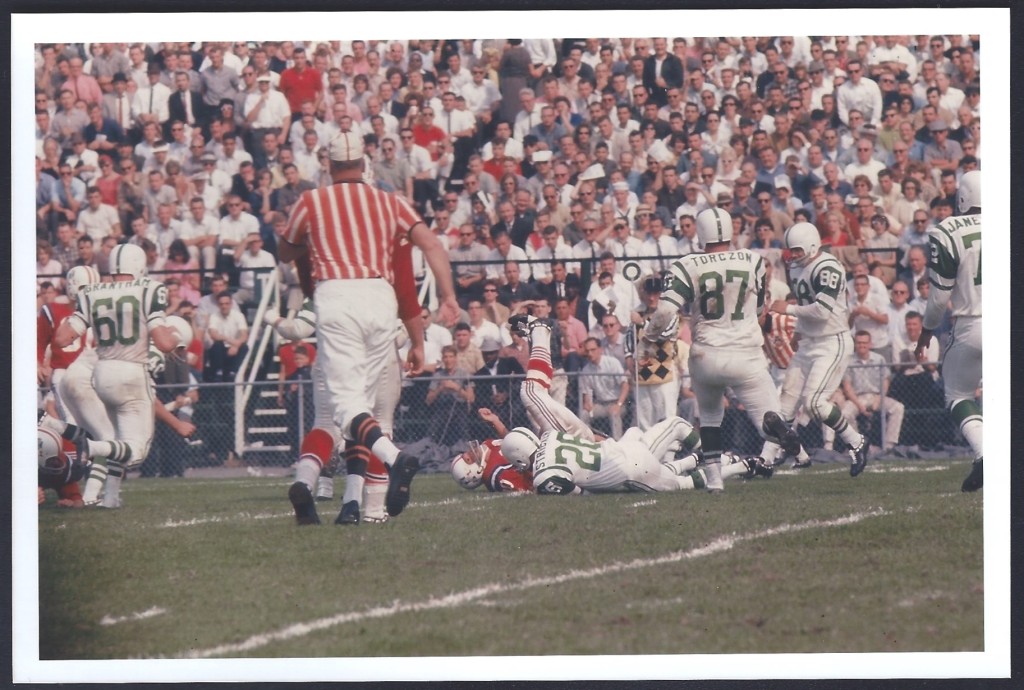 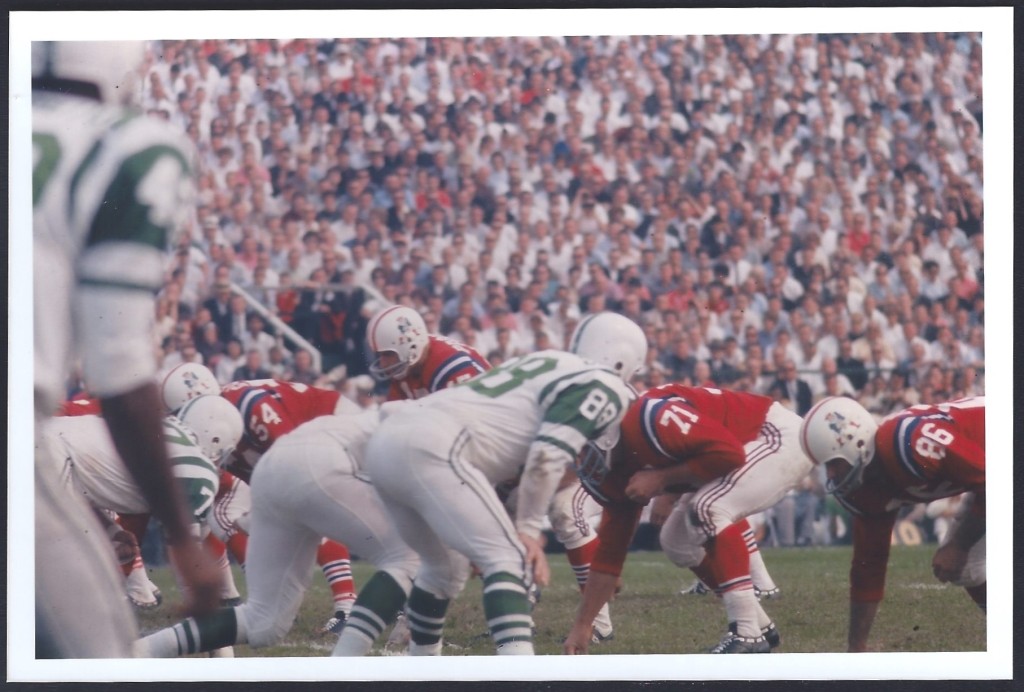 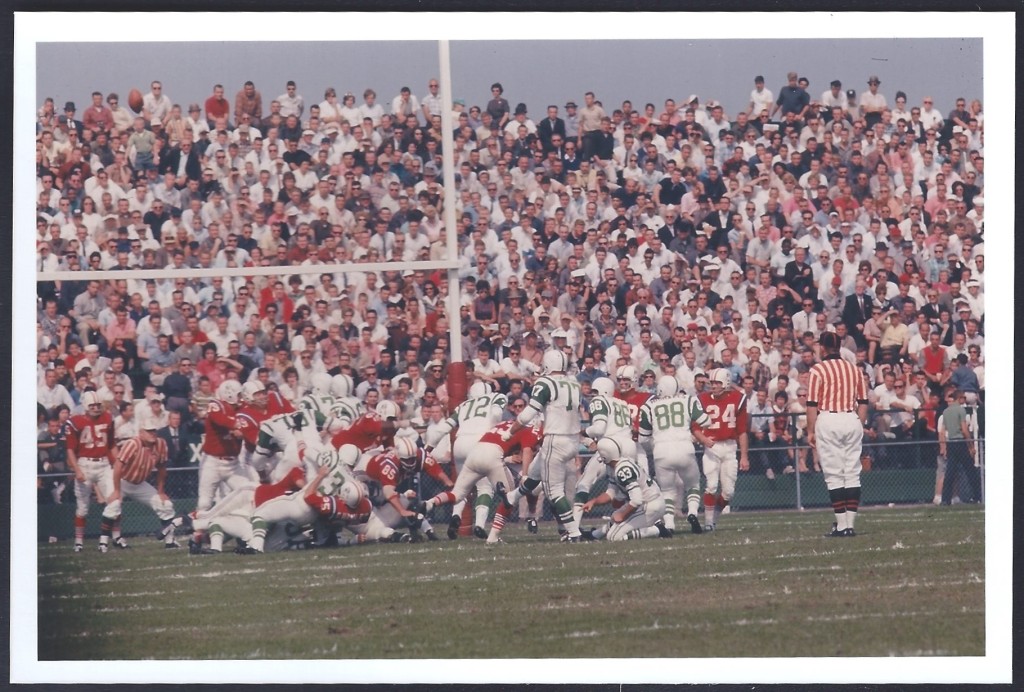 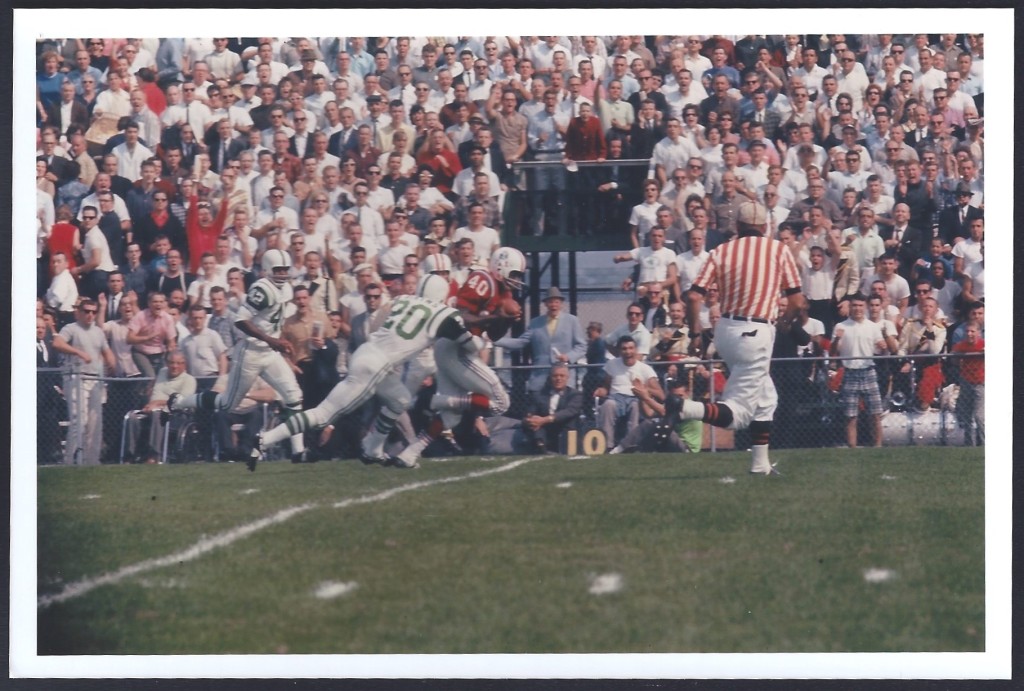 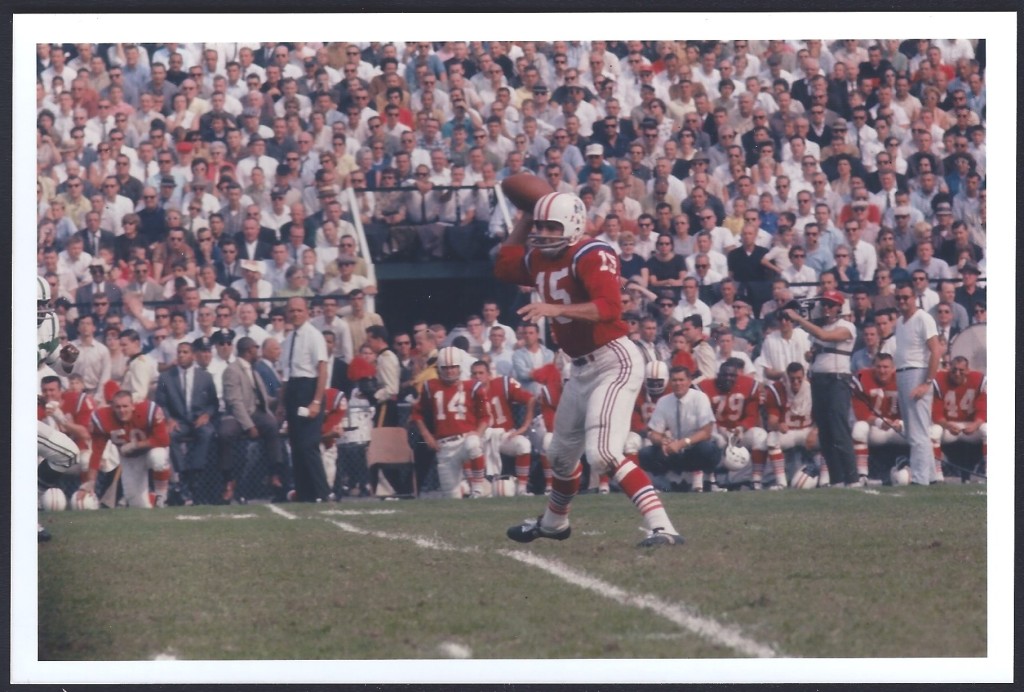 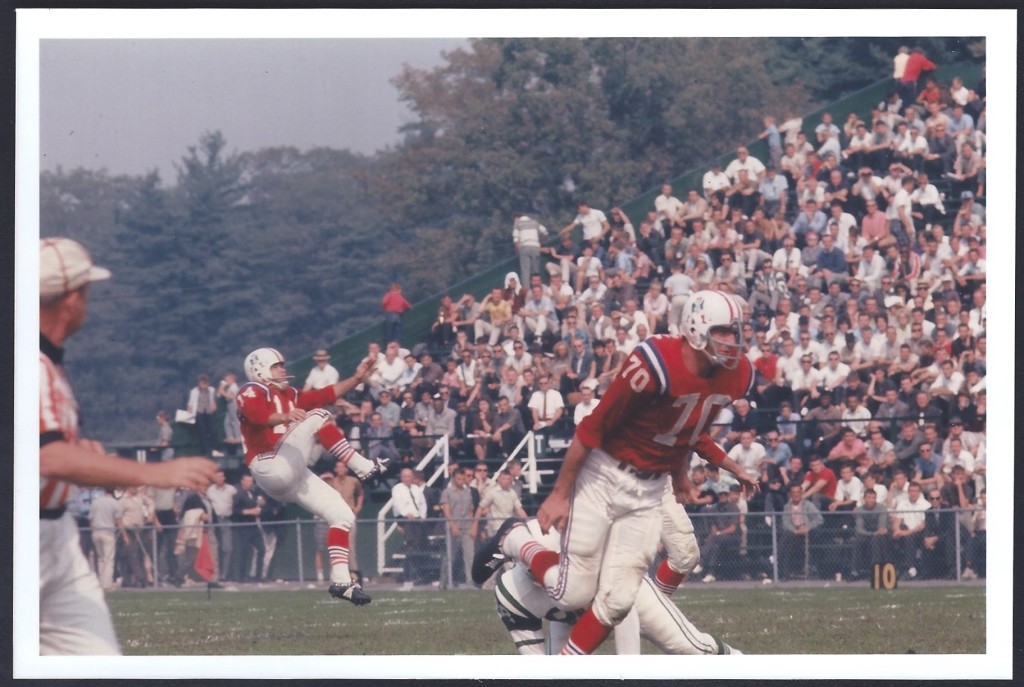