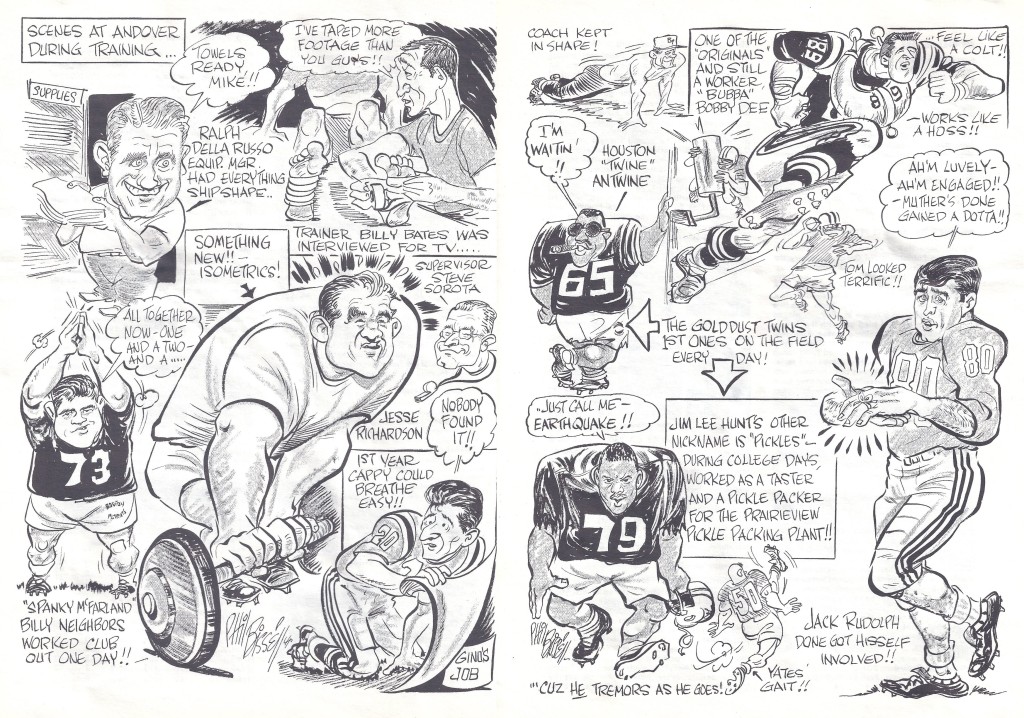 Two days ago we watched the 2014 New England Patriots become champions of the National Football League.  Take a look at how their predecessors were depicted 50 years prior, in the 1964 Boston Patriots team yearbook.

These Patriots finished the season with a 10-3-1 record, falling just 1.5 games out of first place in the AFL Eastern Division.  As we all know, the Bills won the eastern title that season, and the first of two consecutive AFL championships!