In terms of team-issued memorabilia, I have to say that I think the Houston Oilers distributed the nicest material.  I have posted before about the 1965 Oilers team issued photos, and another recent acquisition has me equally impressed.

I purchased this 1965 Oilers team yearbook the other day.  The cover features a stunning image of a band of Oilers attempting to drag down the Chargers Paul Lowe.  In fact, the photo seems more a tribute to Lowe’s strength than the Oilers defense, but the full color photography is impressive regardless of whom you root for.  The interior features an absolute ton of photographs (all black and white), and aside from the ubiquitous Coke advertisement on the centerfold, and some stuff on the covers, the book is pleasantly ad-free.  Have you seen any recent team yearbooks?  The players get lost in among all of the ads.

Anyway, the real reason that I purchased this book was that it still contained the insert poster that it was distributed with back in 1965.  The image is the same as the front cover, but at 2’x3′, the poster is really stunning.

There is no publishing information inside the book other than a statement that the front cover was done by WECO Studios of New York.  The team issued photos are equally lacking of printer info.  Whatever companies produced these pieces should be congratulated, as I think they are the team-issued items of the entire AFL. 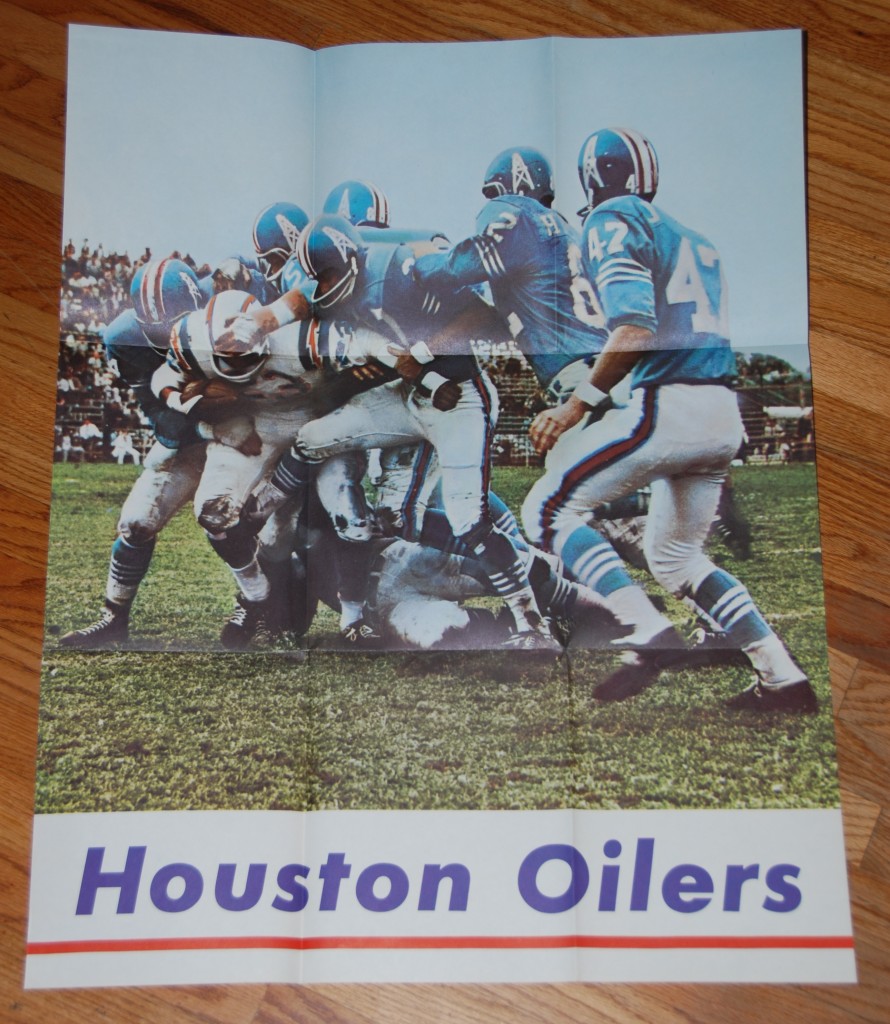