I picked up a copy of the 1969 Buffalo Bills Annual recently.  Known by other teams as a yearbook, this 48-page booklet has a lot of great information on the Bills final AFL squad.

One article that piqued my interest was an interview with owner Ralph Wilson, as his club entered into the AFL’s closing season.  The question that struck me the most was when Wilson was asked what pitfalls pro football must guard against to survive.  Could this have been a back-handed jab at Joe Namath, whose star was never brighter than after his Super Bowl III victory the previous season?  I thought Wilson’s answer about Hollywood stars becoming bigger than the industry was a great bit of insight, especially when viewed in-light of the modern NFL.  I have never understood how a head coach can maintain a leadership role when his salary is lower than many of those players who are supposed to answer to him.    I wonder how Wilson would answer that question today, or better, if he thinks that the modern NFL did a good job in not swinging “too far from stability.” 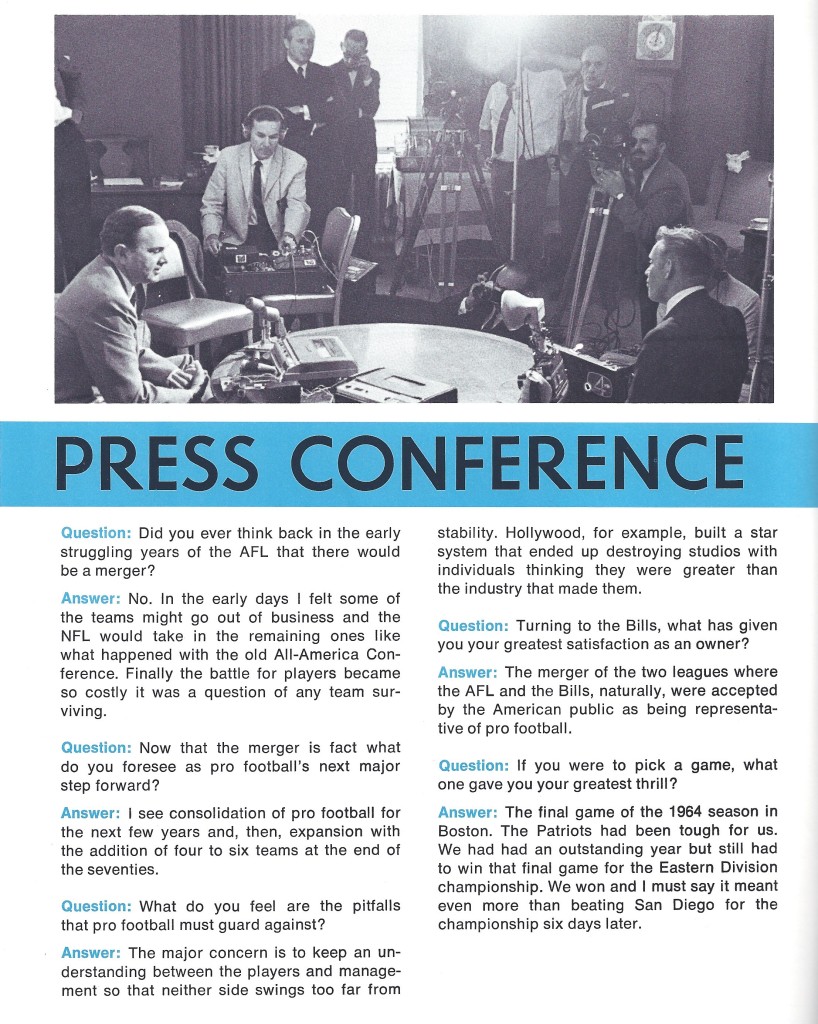 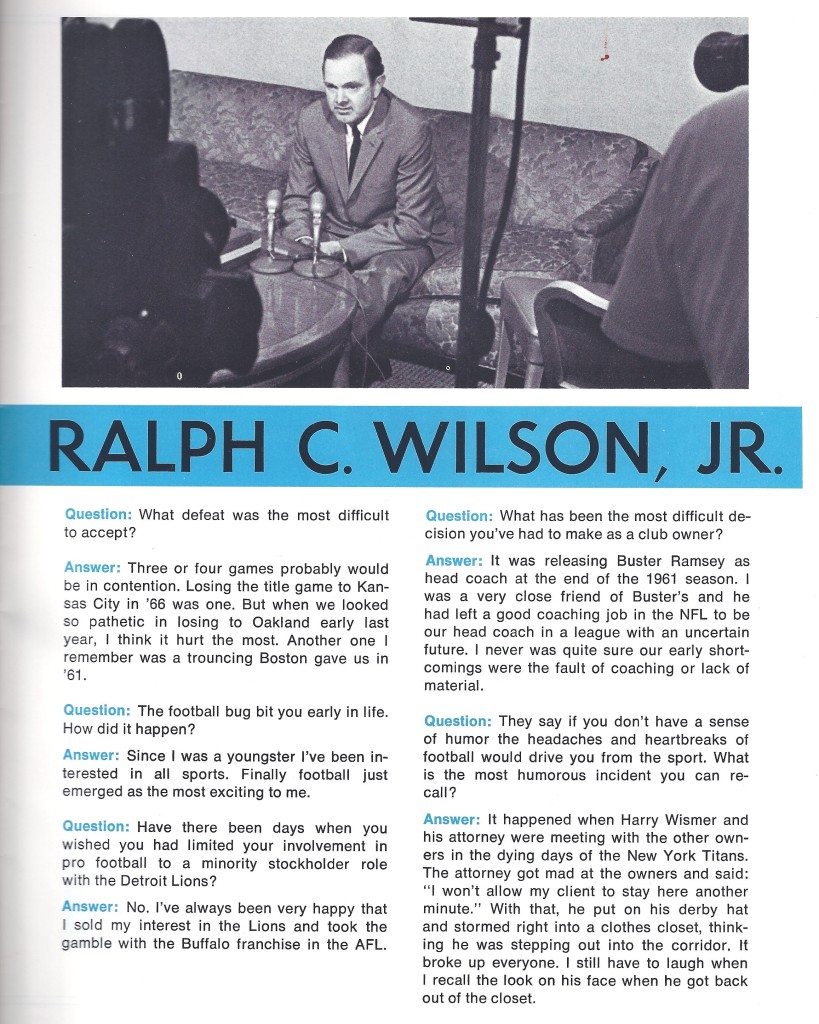