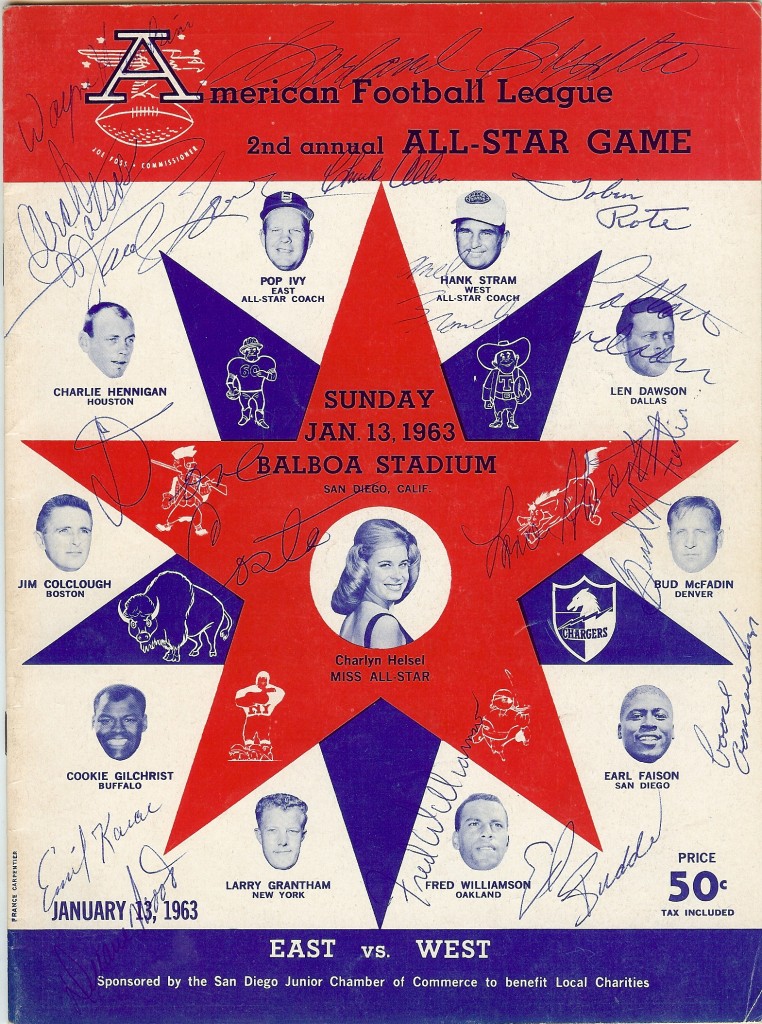 I was looking through some of my files yesterday when I came across my copy of the game program from the AFL All-Star Game that was played on January 13, 1963.  I really like this piece, and thought that you might as well.

Items pertaining to AFL All-Star Games are of particular interest to me as the first three games were played at Balboa Stadium, in San Diego.  In addition to this program, I have several images pertaining to the game, all of which can be found in the following GALLERY.