A Letter to San Diego from Joe Foss

A Letter to San Diego from Joe Foss 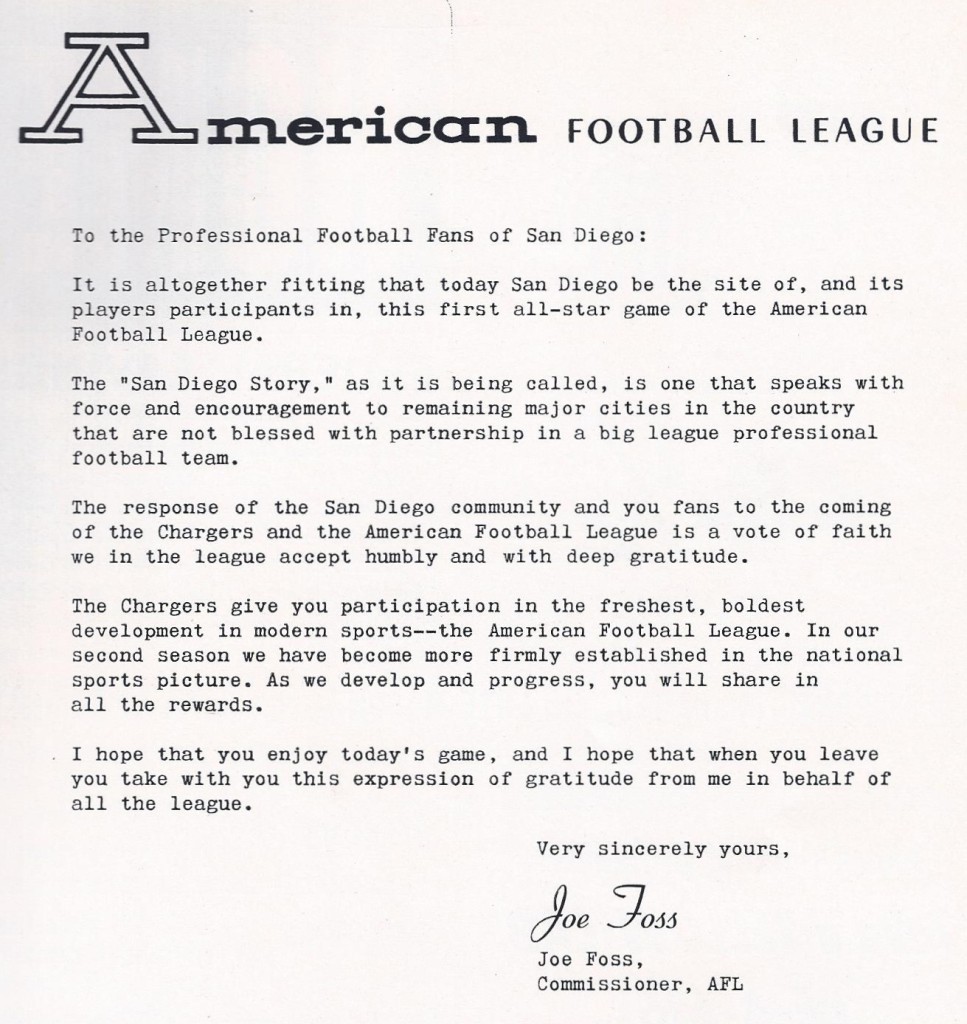 I was flipping through a copy of the first AFL All-Star Game program when I saw this letter that was printed on the second page.  This game was held on January 7, 1962, a week after the AFL wrapped up their second season, which happened to be the Chargers’ first in San Diego.

I was struck by how simply the commissioner of the AFL conveyed his pleasure with San Diego’s response to the Chargers.  It also struck me just how differently things are today, with the Chargers seemingly on their way out of town, the NFL being such an arrogant corporate giant, and dedicated Chargers fans being left in the dust.  Frankly, I think that San Diego has supported the Chargers well through thick-and-thin, and there has been an abundance of thin.  Perhaps the local government has not been easy to negotiate with, but I feel badly for the many thousands of Chargers fans who will be left wearing their jerseys, and holding their signs, as the buses pull out of town, all the while wondering how it came to this.