A New AFL Season is Nearly Upon Us

A New AFL Season is Nearly Upon Us

It has not been an easy off-season for fans of the American Football League.  With the equivalent of a sneaking out in the night and leaving a note on the pillow, the Chargers moved to Los Angeles after 56 years in San Diego.  Shortly thereafter, the Raiders announced that they will be moving to Las Vegas for the 2019 season.  Some of our favorites left us for the great sideline in the sky, most recently 10-year AFL player and Super Bowl III winner, Larry Grantham.

And yet we move on.  We remember why we love the old league by sharing and celebrating our memories.  From the home desk in La Mesa, CA, I have continued collecting my signed cards, putting a spin on some by requesting that some interesting inscriptions are added.  Though it took seemingly forever, my entire AFL image collection is now scanned and available to be added to the site.  I recently conducted a telephone interview with Chiefs special team star, Noland “Super Gnat” Smith that will soon be posted, and am hoping to speak with the Raiders Clem Daniels, the Patriots Larry Garron, and the Oilers Freddy Glick in the near future.  The Pro Football Hall of Fame Senior Committee meets in August, and will provide us with Class of 2018 nominees to discuss.  This season will mark the 50th anniversary of Super Bowl III, so Joe Namath and the Jets will undoubtedly be in media.

The AFL will be alive and well, as long as we keep it so.  I will leave you today with the following image of Clem Daniels, who was recently inducted into the Gridiron Greats Hall of Fame at a ceremony in Las Vegas. 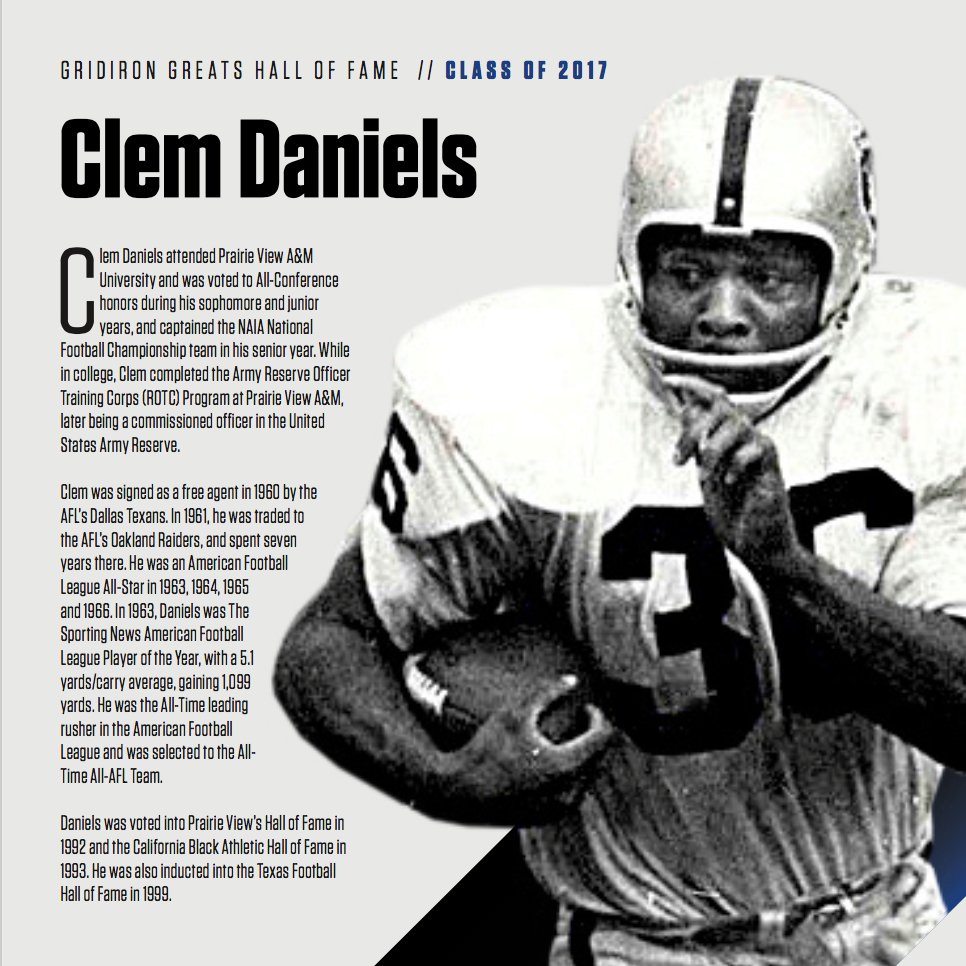