Just a few details on items of interest to AFL fans… 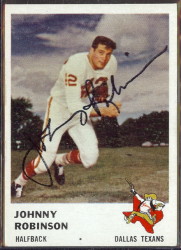 The Johnny Robinson hall of fame campaign is off to a good start, but has a long way to go before we turn over the numbers to the Hall of Fame Senior Committee in August. We have close to 500 signatures on the petition at the moment, and media members in Kansas City have started to take notice and promise articles in the near future. If you have not yet signed the petition, please do so now. Johnny Robinson is an incredibly-deserving candidate, and I am hopeful that if he gets in, there will be more discussion about other AFL’ers who have thus far been overlooked. 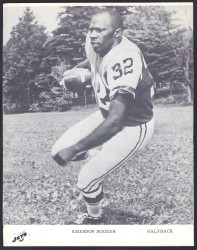 Bob Lederer has informed me that his upcoming book, “Beyond Broadway Joe: The Super Bowl TEAM That Changed Football,” will be available in September. Bob promises a fresh, creative look at the Jets team that shocked the world by winning Super Bowl III. Along those lines, he has set up a website to promote the book, and will be adding interesting AFL-related content on a regular basis.  Check it out at: 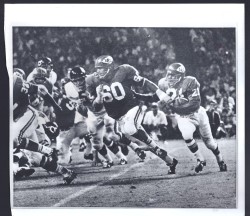 The Talk of Fame Network continues to crank out AFL-relevant content.  Recently they posted a five-part interview series with Chiefs linebacker Willie Lanier.  One segment is dedicated to what they called “the most intense exhibition game ever played<” which was the Chiefs 66-24 routing of the Chicago Bears in August 1967.