These photographs, taken at the San Diego Chargers 1964 raining camp in Escondido, California, help illustrate the simplicity that was the AFL.  Look in the background of any image, and you will not find legions of fans, dressed in jerseys and team caps.  Instead there is just a large grass field, simple white fence, and occasional teammate that unknowingly walked into the shot.  Even more impressive is that these are rare color images, and feature the famed Chargers powder blue jerseys in all of their glory. 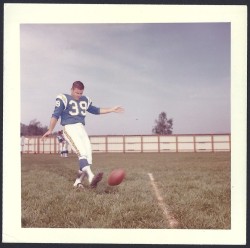 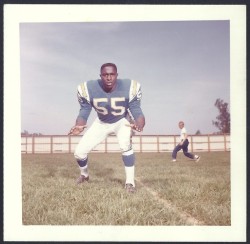 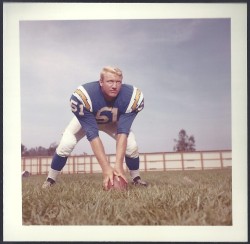 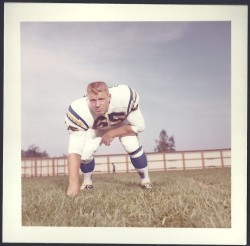 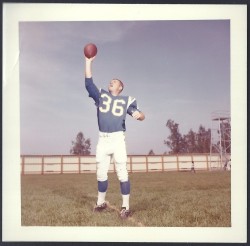 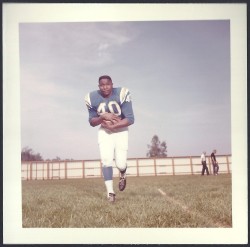 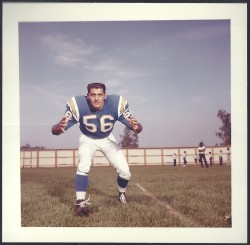 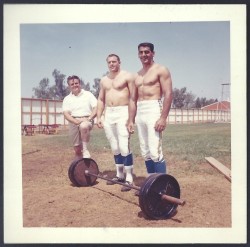 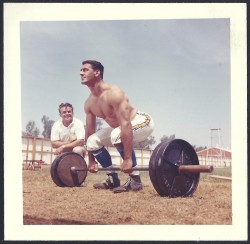 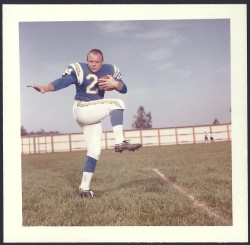 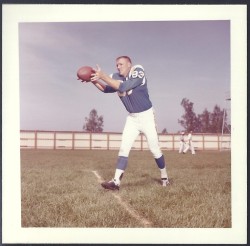 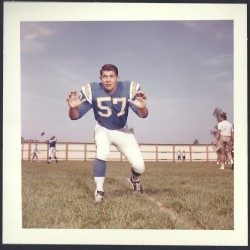 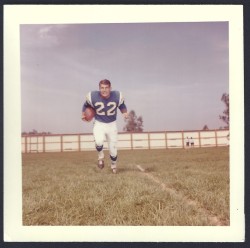 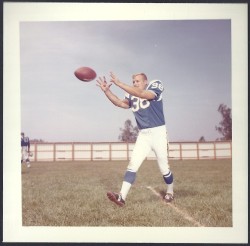 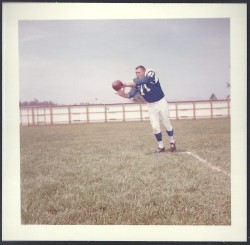 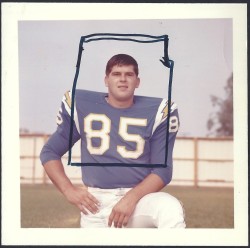 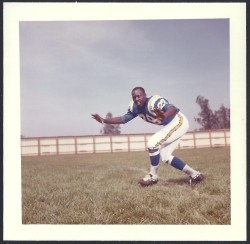 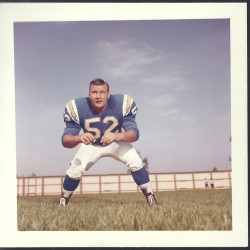 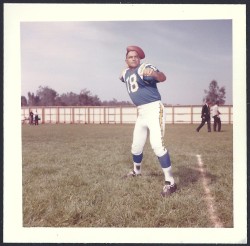 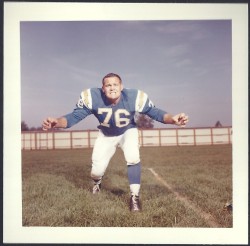 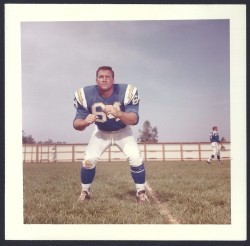 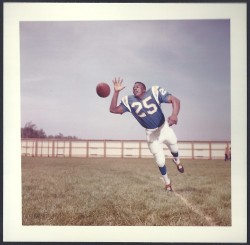 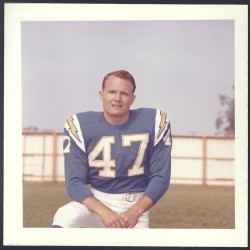 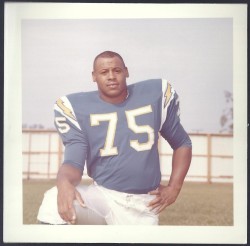