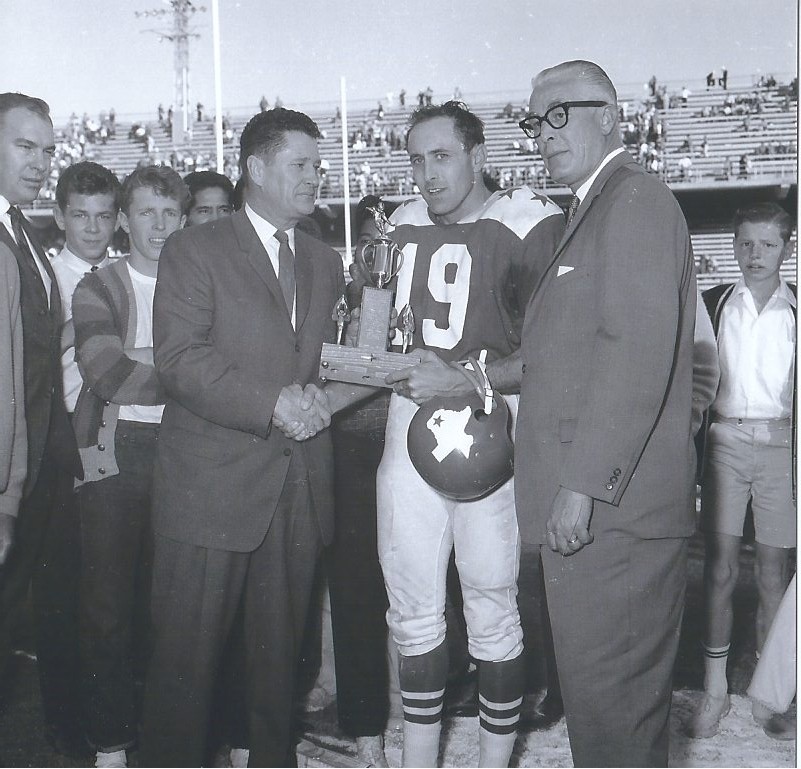 One of the great early AFL quarterbacks was a man from Gatesville, Texas, by the name of Cotton Davidson.  A former NFL castoff, Davidson broke into the AFL with the Dallas Texans.  He was traded to Oakland after the Texans picked up Len Dawson in 1962, and stayed with the Raiders through the 1968 season.  In August 2012, the Cove Herald talked to Davidson about his time in professional football

Many of you likely noticed the increased difficulty involved in placing comments on the site over the past few weeks.  The added steps were part of an effort to reduce the amount of SPAM the site was receiving.  We have since removed those extra steps, and commenting should be back the way it was before, though you may need to register a new password.  Thank you for hanging with me through this process!