An Interview with the Chiefs Noland Smith

An Interview with the Chiefs Noland Smith 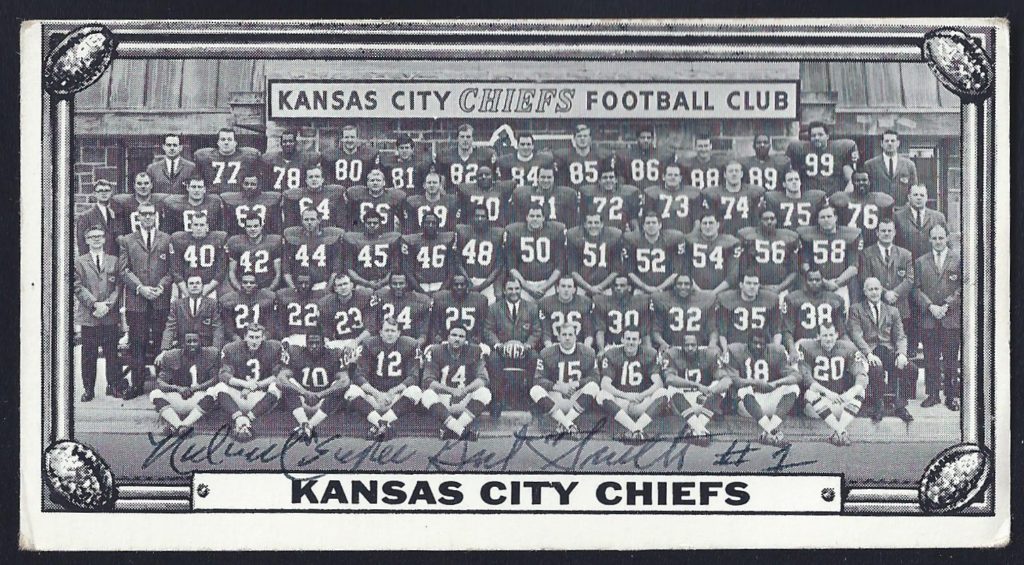 The Kansas City Chiefs of the late 1960s were one of the dominant teams in AFL history.  They had future Hall of Fame members on offense, defense, and special teams.  Their owner and head coach have busts in Canton, and one could argue that the induction of at least four other team members is long overdue.

Mixed up in all of that greatness was an outstanding kick returner as well.  Standing just 5’5″ among the greats of the game, it is understandable how Noland Smith may be overlooked.  But he proved on many occasions that he deserved a spot alongside his massive teammates.  In his short, 39-game career, Smith led the AFL in yards-per-kick-off-return (1967) and yards-per-punt-return (1968).  He had a 106-yard kick off return for a touchdown as a rookie, and returned a punt for 80 yards and six points the following year.  He led the AFL in both kick off & punt returns, and in kick off & punt return yardage in 1967.

Like the man himself, Noland Smith’s career was short but brilliant.  A victim of small rosters that rarely allowed for specialists, he was released by the Chiefs six games into the 1969 season.  He finished the year with the San Francisco 49ers, before retiring back to Mississippi.

Noland Smith is an avid Tales from the AFL reader.  I recently had the opportunity to speak with him over the phone and discuss his years in “The Other League.”  See the audio player above.