The complete set of 1961 Golden Tulip Chargers cards consists of 22 cards.  The cards, which measured 2″x3″ and were distributed in the San Diego area, came inserted into bags of Golden Tulip Potato Chips, one card per bag.  Though the cards were housed in a cellophane sleeve, most are found today with oil stains from the greasy chips.

The backs of all Golden Tulip cards are identical, and advertise a contest to win tickets to Chargers games.  Additionally, they speak of an opportunity to receive an 8″x10″ photo of Chargers players.  By mailing in five cards of a particular player, you would then receive back your 8″x10″ photo of the same player.  These blank-backed photos, now referred to as Golden Tulip Premiums, are exceedingly rare, and amongst the most desired of all regional AFL issues. 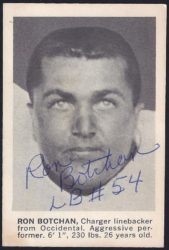 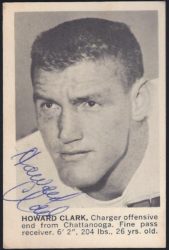 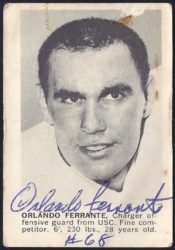 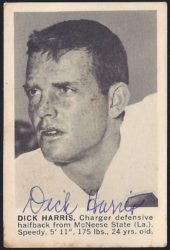 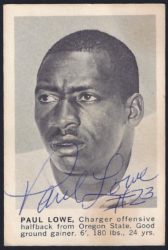 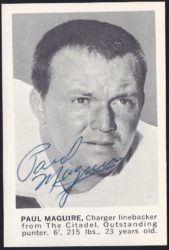 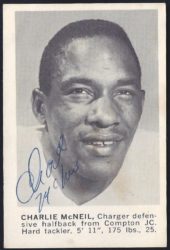 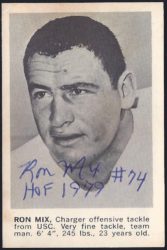 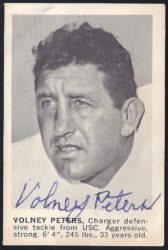 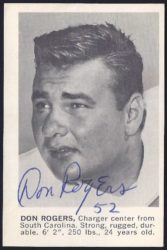 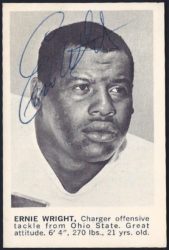 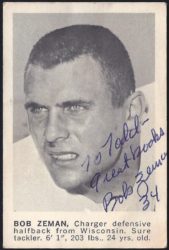