Among the few throwback sets that are available is a neat and very inexpensive nine-card set recognizing the early Denver Broncos Ring of Fame members.  This set, called the 1987 Orange Crush Broncos, was sponsored by Orange Crush and KOA Radio.  According to the annual Beckett football Card Guide, 1.35 million of the cards were distributed over a three-week period at participating 7-11 and Albertson’s stores in Denver and the surrounding areas.  The set contains cards of eight players, and former owner, Gerald Phipps.  Of the eight players featured, only one, quarterback Charley Johnson, did not spend any time in the AFL.  Other players include Paul Smith, Floyd Little, Frank Tripucka, Billy Thompson, Rich Jackson, Lionel Taylor and Goose Gonsoulin. 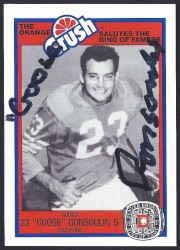 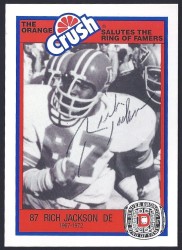 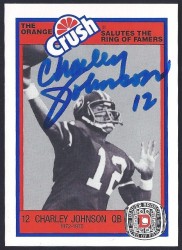 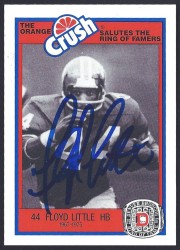 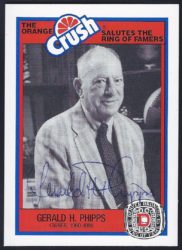 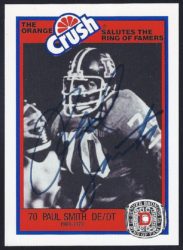 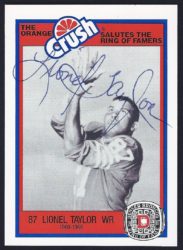 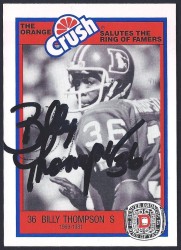 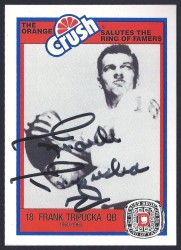