Back Into the Light… and Some New AFL Talk

Back Into the Light… and Some New AFL Talk

Wow…  Let me tell you, it is a challenge to try and keep a website maintained and running well when you have no formal web experience!  Despite my efforts, viruses hit hard, and it takes me a bit of time to figure things out.  But I think we are back on track, and long overdue for some new AFL posts.  A lot has happened in the past few months in our little corner of pro football history – some good, some sad.

I’ve had a few personal changes over the last few months that delayed my posting (all for the better!), including a new job with PSA (Professional Sports Authenticator), where I am tasked with building an online encyclopedia of sports and non-sports trading cards called CardFacts.   It is a wonderful opportunity for me, which allows me to make my living working in the hobby that I have enjoyed for my entire life.  Also, all three of my children play lacrosse, and between coaching, acting as club president, and shuttling them to practices and games, there has been little time for much else.  But the season has come to a close, and I am settled into my new job, so I can begin carving out some time to talk AFL! 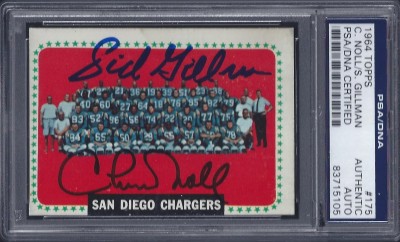 As always, during my time off I still kept my eyes open for signed AFL cards to add to my collection.  There isn’t a lot out there that I don’t already have, but I did manage to acquire a few new pieces over the past few months.  1960 Fleer Bob Cox, 1964 Topps Jets Team with Don Maynard, 1964 Topps Chargers Team with Sid Gillman and Chuck Noll, and 1987 Orange Crush Denver Broncos Ring of Fame Gerald Phipps cards all made their way into my hands.  Great old stuff representing The Other League. 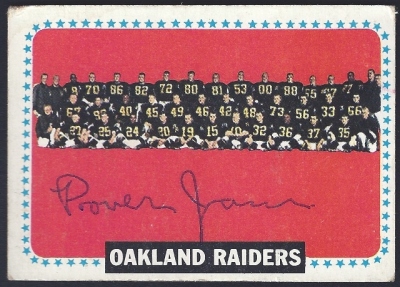 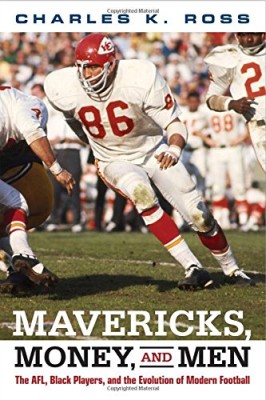 There is a wonderful new book on the market called Mavericks, Money and Men; The AFL, Black Players, and the Evolution of Modern Football by University of Mississippi professor, Charles K. Ross.  I am just a few pages in thus far, but it is fantastic.  This has the makings of ultimately ranking with Ed Gruver, Jeff Miller, and Dave Steidel works as one of the great AFL classics.  A review will be posted as soon as I finish reading!

Also, some very interesting stories regarding former Chargers safety, Kenny Graham, have been coming out of Bakersfield.  We will be sure to touch on those as well.

That’s it for now.  Just a stop in to say “hello,” and a promise that I have not forgotten the AFL and its many fans.  Post on all of the topics above, and many more, will be landing in your In Box.  It’s time to get back to telling Tales from the AFL