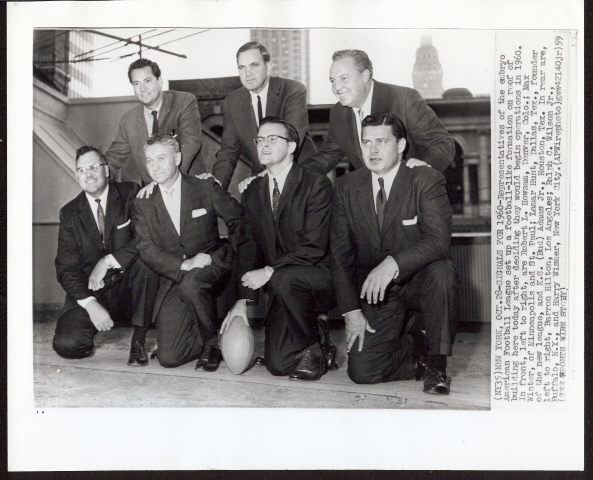 Ralph Wilson, founder and longtime owner of the Buffalo Bills, passes away today.  He was 95 years old.  Wilson was the last current NFL owner with ties back to The Foolish Club, the original group of AFL owners.  Barron Hilton is now the sole surviving member of that group.

Ralph Wilson joined the American Football League with a background as a minority owner of the NFL’s Detroit Lions.  But once he jumped into the AFL, he was all Buffalo Bills.  Wilson not only guided his own team, but was integral in ensuring the success of the league as a whole.  He was once president of the AFL, helped to negotiate television contracts, the AFL-NFL merger, and even lent money to the Oakland Raiders in lean years when the franchise had difficulty staying afloat.

After initial years of futility, Wilson’s Bills began to see change with the addition of running back Cookie Gilchrist, and quarterback Jack Kemp in 1962.  The Bills won their first championship against the San Diego Chargers in 1964, and repeated the feat the following season.

While success on the field was intermittent in the post-AFL years, Wilson’s dedication to the Bills and Western New York was not.  For his many years of effort and guidance, Ralph Wilson was inducted into the Pro Football Hall of Fame in 2009, the AFL’s 50th anniversary season.

An NFL.com article about Wilson’s passing can be found HERE.