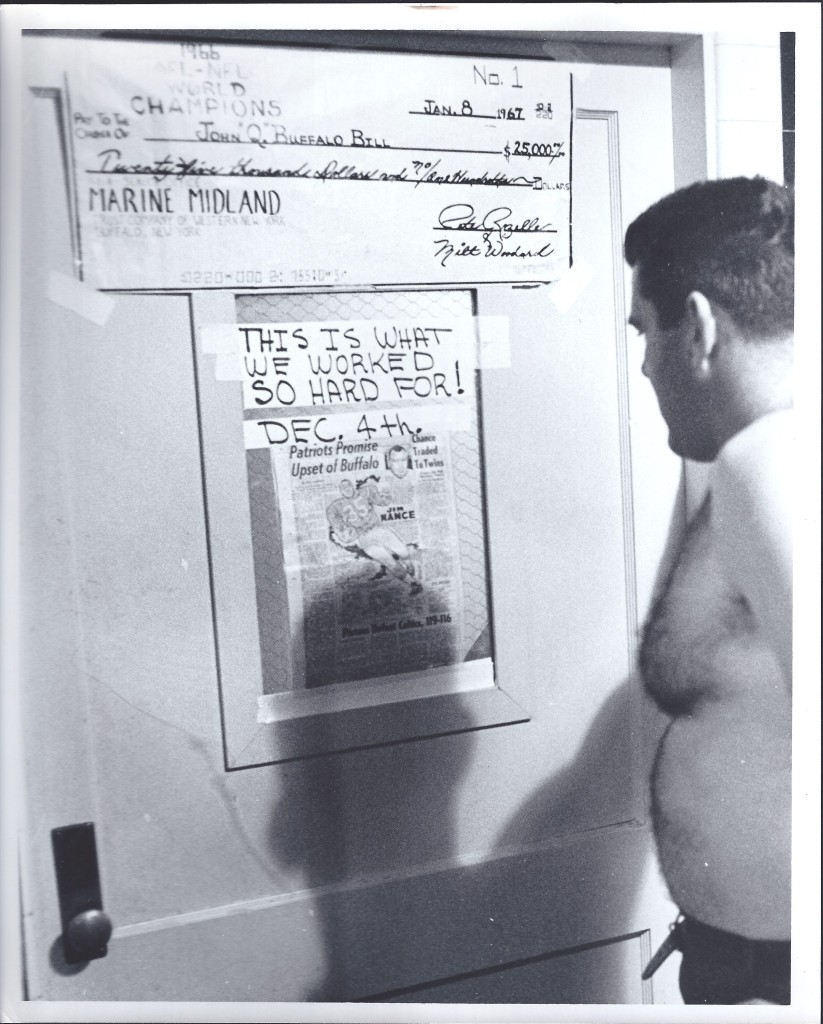 Occasionally you hear a coach demand of his players that they not give the opposition any “bulletin board material.”  Perhaps the most well-known example would be Weeb Ewbank’s frustration with Joe Namath’s famed guarantee of victory in Super Bowl III.

I have wondered at times if teams really had a “bulletin board,” and if so, do they truly post the an opposition’s inflammatory comments to the board to help focus their drive toward victory?  Is such a gimmick really necessary with professionals?

I recently purchased another previously-unseen lot of photos from former Buffalo Bills photographer, Robert Smith.  Included in the little collection was a photo of exactly such a board, used amongst the Bills, at least in 1966.