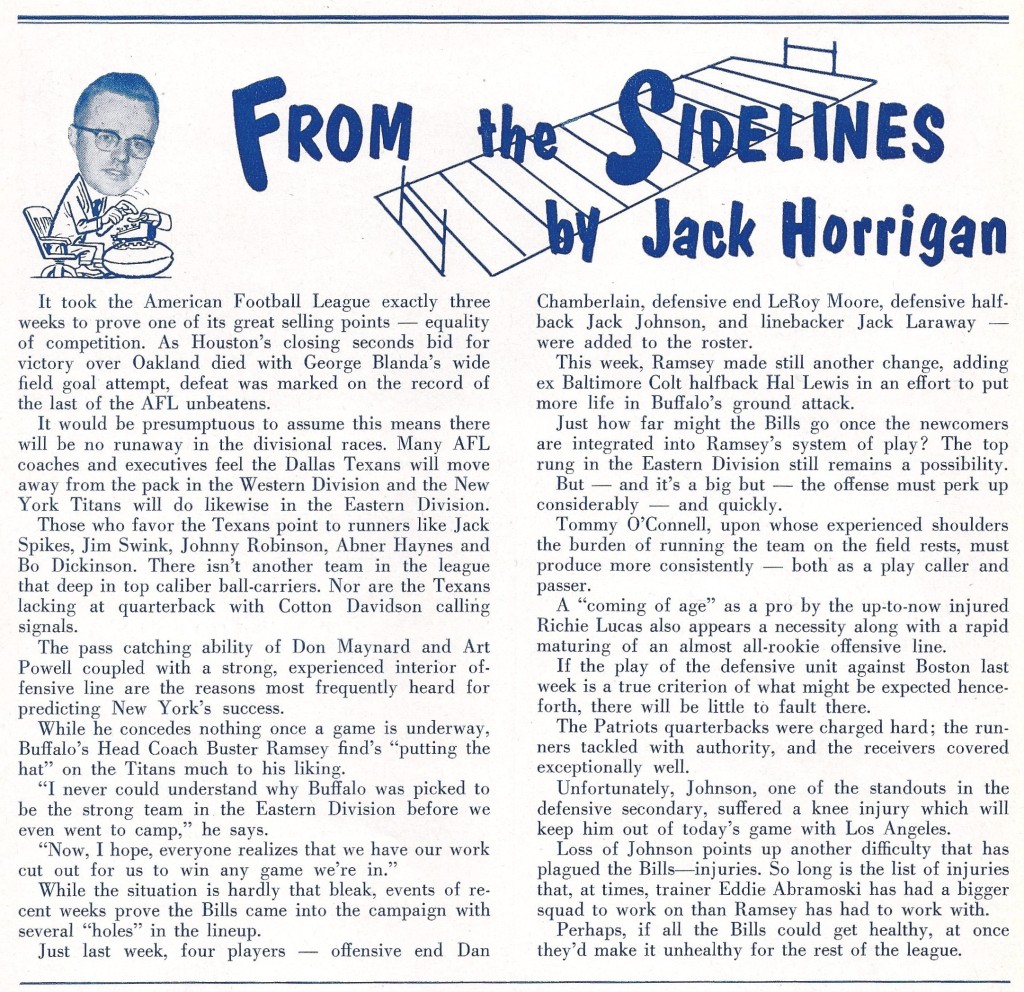 I found this article in the Buffalo Bills vs. Los Angeles Chargers game program from October 2, 1960.  It struck me funny, as these early season puff pieces are usually full of the head coach touting the quality of his team, and how they shouldn’t be counted out of the playoffs.  Bills’ head coach, Buster Ramsey, takes quite the opposite tact in this article.  In fact, Ramsey figured the New York Titans to be the winners of the AFL’s Eastern Division in 1960.

In the end, Ramsey’s club finished third in the division with a 5-8-1 record, just 1.5 games behind those Titans who finished at 7-7, which the Houston Oilers won the division at 10-4.