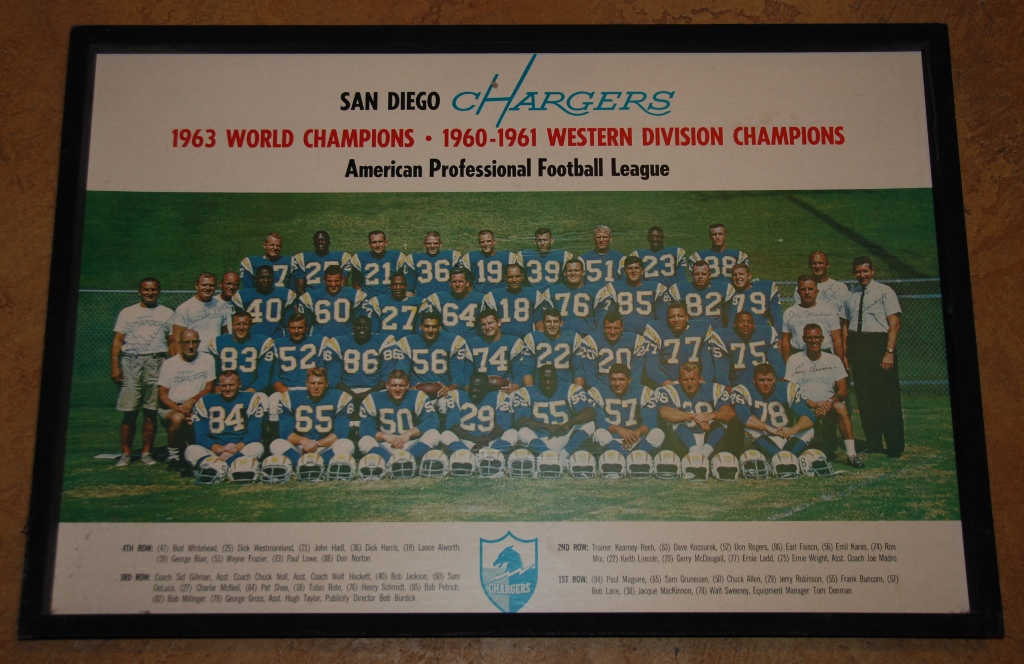 The San Diego Chargers announced yesterday that they will be honoring their 1963 AFL Championship team at a home game on December 1.  This season marks the 50th anniversary of the Chargers lone championship team.  It will be the first complete team to be inducted into their Ring of Honor, which contains all of the members of the Chargers Hall of Fame.

While it obviously makes sense to honor the team for their 50th anniversary, I do wish that the organization would have done this earlier.  In the last few years alone, Wayne Frazier, George Gross, Pat Shea, Sam DeLuca, Dave Kocourek, Walt Sweeney and Sam Gruneisen have all passed away.  According to my records 16 players from this prestigious team are now gone, as are all of the coaches with the exception of Chuck Noll (who happened to be overlooked as a member of the Pro Football Hall of Fame in the announcement).  These men should have been recognized long ago for all that this team meant to the City of San Diego, and the AFL as a whole.