Does Charlie Hennigan belong in the Hall of Fame?

Does Charlie Hennigan belong in the Hall of Fame? 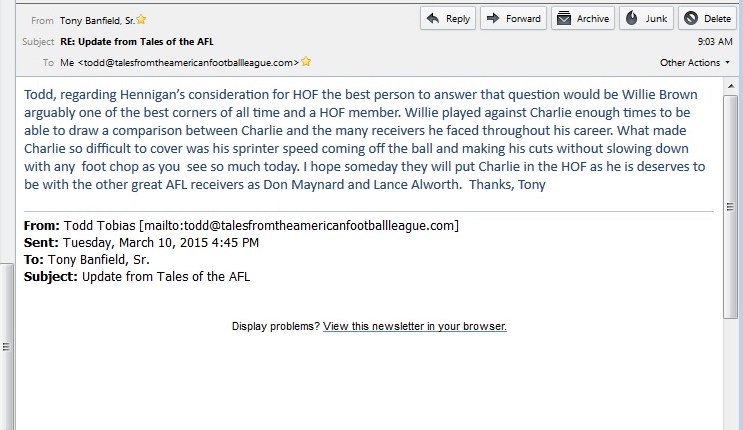 His teammate, Tony Banfield thinks so.  After posting the hall of fame comparisons yesterday, I awoke to the above email from former AFL Houston Oiler, Tony Banfield.  I would love to hear from Willie Brown, as Tony said, and ask him for his thoughts on Charlie Hennigan.  I know Brown had some fantastic battles with lance Alworth.  Does he feel that Hennigan is HoF-worthy?  A lot of fans and former AFL’ers do!