“Earthquake” Hunt Gets His Man

“Earthquake” Hunt Gets His Man 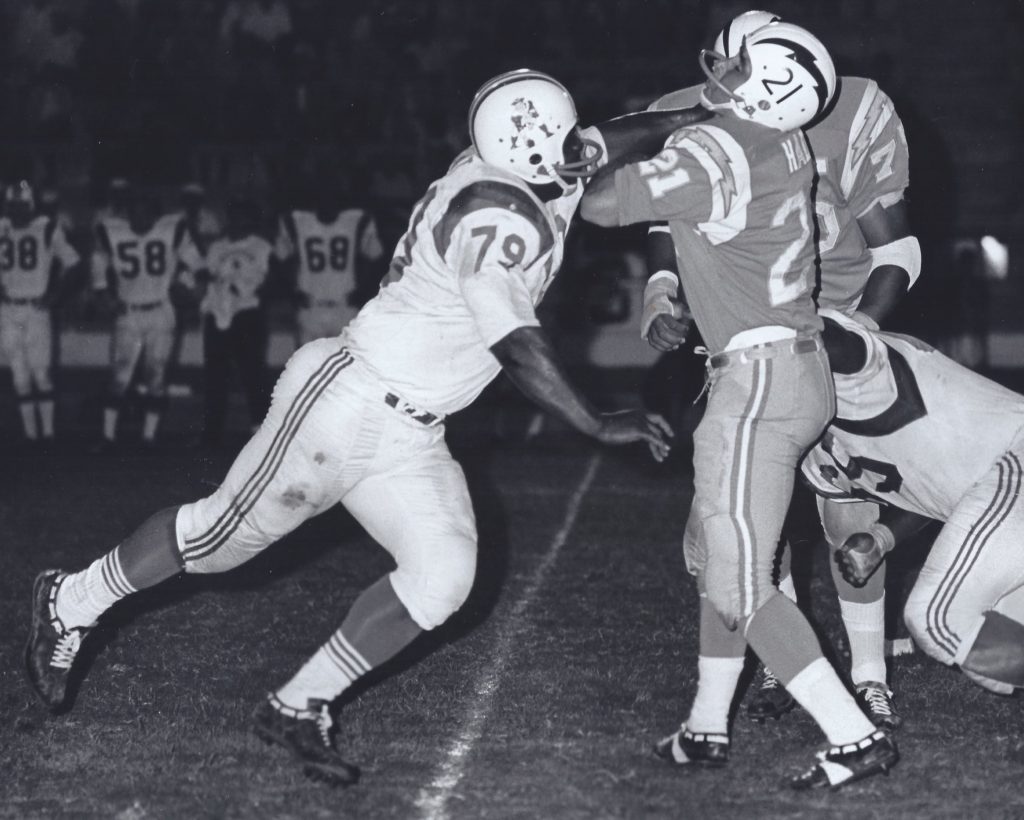 I am in the midst of scanning more than 1,000 vintage Chargers images from the 1960s.  Tons of game action from the entire decade.  I very much enjoy looking at the details of each photo, identifying the players, checking out the backgrounds, stadium backdrops and the like.  I came across this image from the August 27, 1966 preseason game between the Chargers and Patriots at Balboa Stadium.  The image shows the Patriots’ Jim Lee Hunt hitting John Hadl on a pass rush,a move that would likely get him a 15-yard penalty today, but was perfectly legal in the 1960s.  Jim “Earthquake” Hunt was a four-time AFL All-Star and one of just 20 10-year AFL players.

Jim Hunt passed away after suffering a heart attack on November 22, 1975.