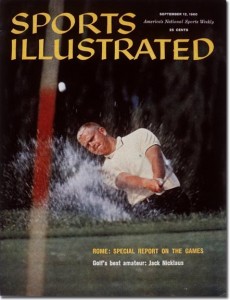 There are several places that one can go on the internet to find quality information on the American Football League.  First and foremost, www.remembertheafl.com, which is run by Ange Coniglio, has been an old standby for years.  Chris Holmes’s site documenting AFL game programs is another nice place to go.  One of my favorite places for reading up on the AFL is not a league-specific site, but rather the Sports Illustrated Vaults, which boasts of having more than 180,000 articles from past SI issues online.  A reader can search the site for article on nearly every sports-related subject imaginable, and there is a boatload of fantastic, vintage AFL articles.

I recently checked out an article called The New Pro Open Up, which was written by Roy Terrell, and was featured in the September 12, 1960 issue of SI.  Written right around the opening of the AFL’s inaugural season, the article speculates on the success that the league, and individual teams may have in their first year.  Being blessed with 50+ years of hindsight, it is really interesting to see how Terrell speculated things would turn out.  A few of his more interesting thoughts include:

Overall Terrell does a neat job in outlining the new league.  One of his main tenants is that the majority of AFL owners had the money to stay in for the long haul, which gave them a better-than-fighting chance at success.  He, of course, was correct, and the AFL proved more successful than most anyone imagined it would be.

I would encourage anyone interested not only in AFL history, but in the history of any sport, to take a look at the SI Vault.  No sign-up or payment is necessary to use the archive, and it is a wealth of information, and a fantastic glimpse into the past.