I recently received a shipment containing my third purchase of photographs from former Buffalo Bills photographer, Robert L. Smith.  We have an arrangement in which I have given Mr. Smith some suggestions as to the types of images I like, the players, years, themes, etc.  He then makes selections from his collection of vintage prints, and sends them to me sight-unseen.  Some might consider it an odd arrangement, but I’ve been increasingly pleased with each batch that I’ve been sent.  This third installment is no different.

Mr. Smith has become a big fan of this site, and has offered Tales from the American Football League readers a special gift with their photo purchases via his eBay store, simply for mentioning this site.  That’s a nice treat, as is the opportunity to look through the decades of his work, and remember the many great players that once called Buffalo their home. 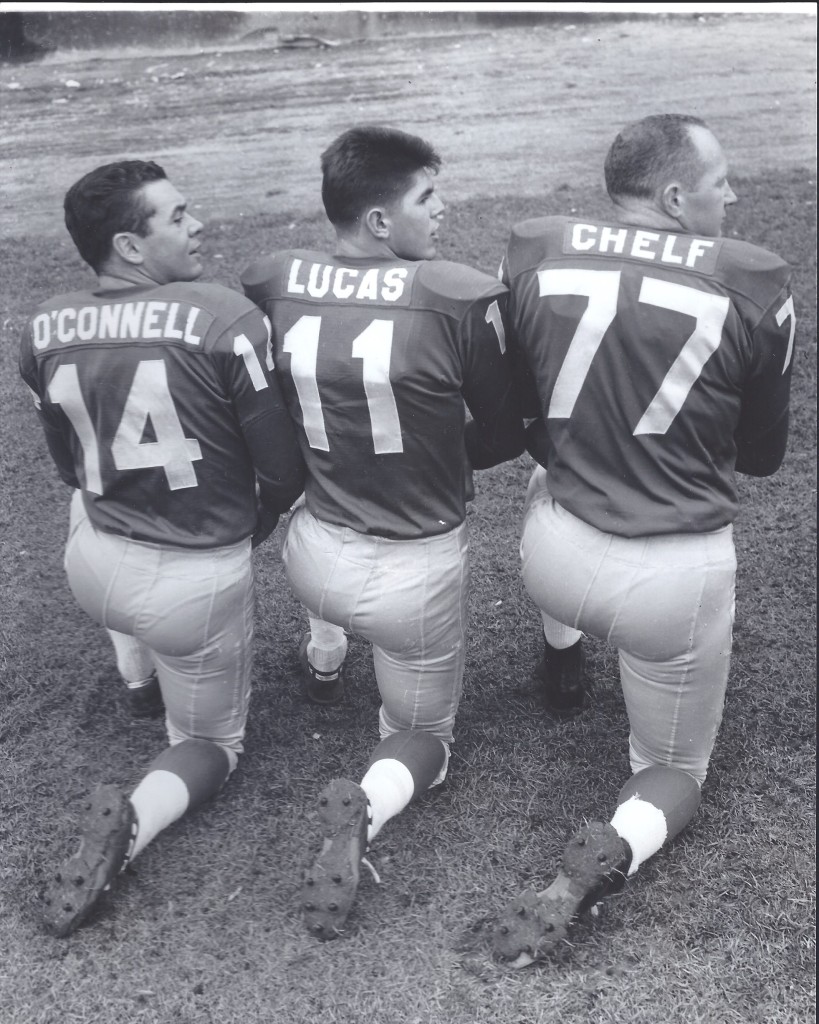 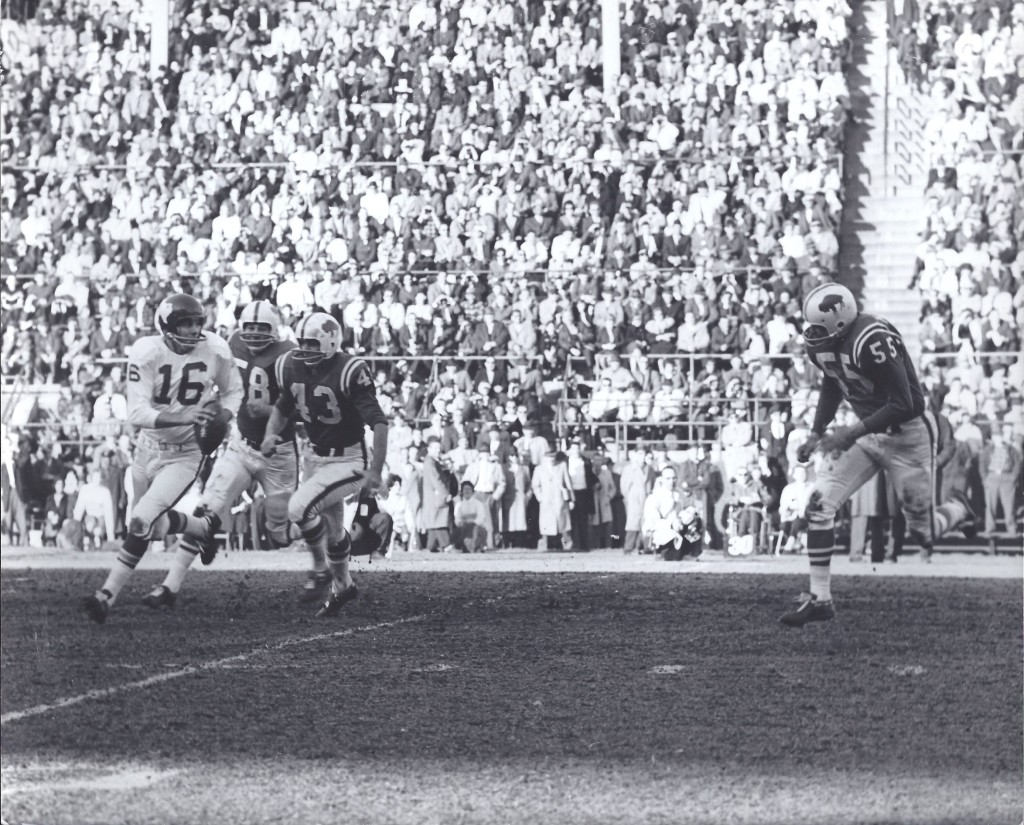 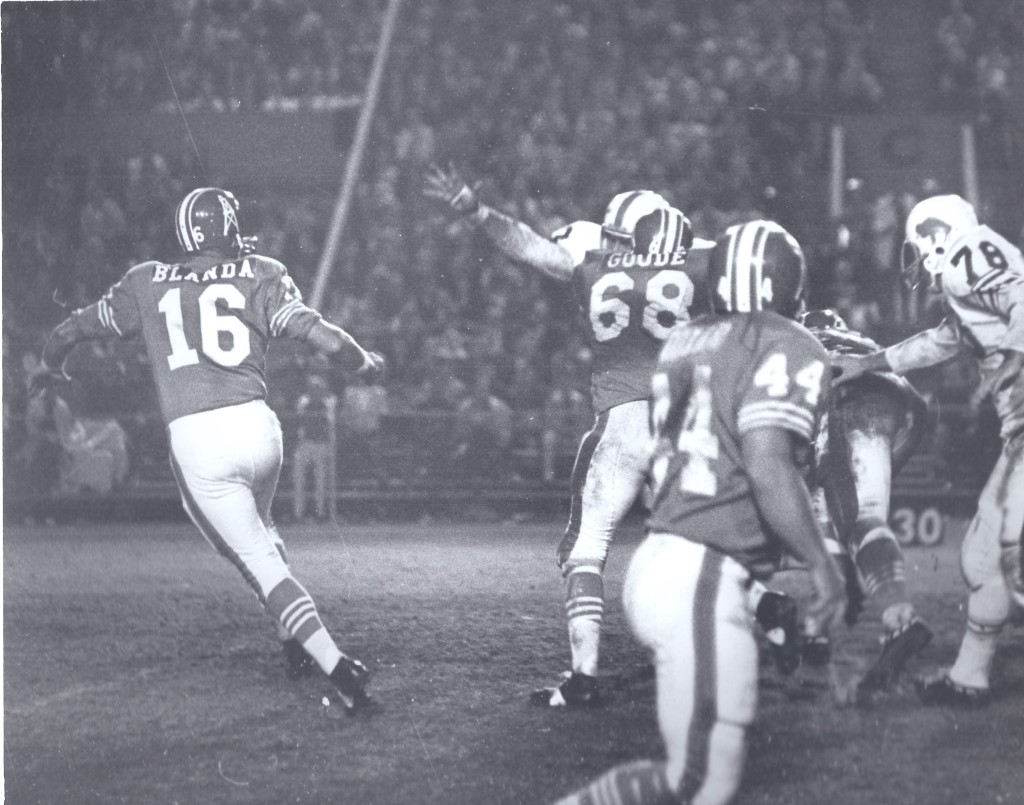 George Blanda gets a pass off against the Bills defense. 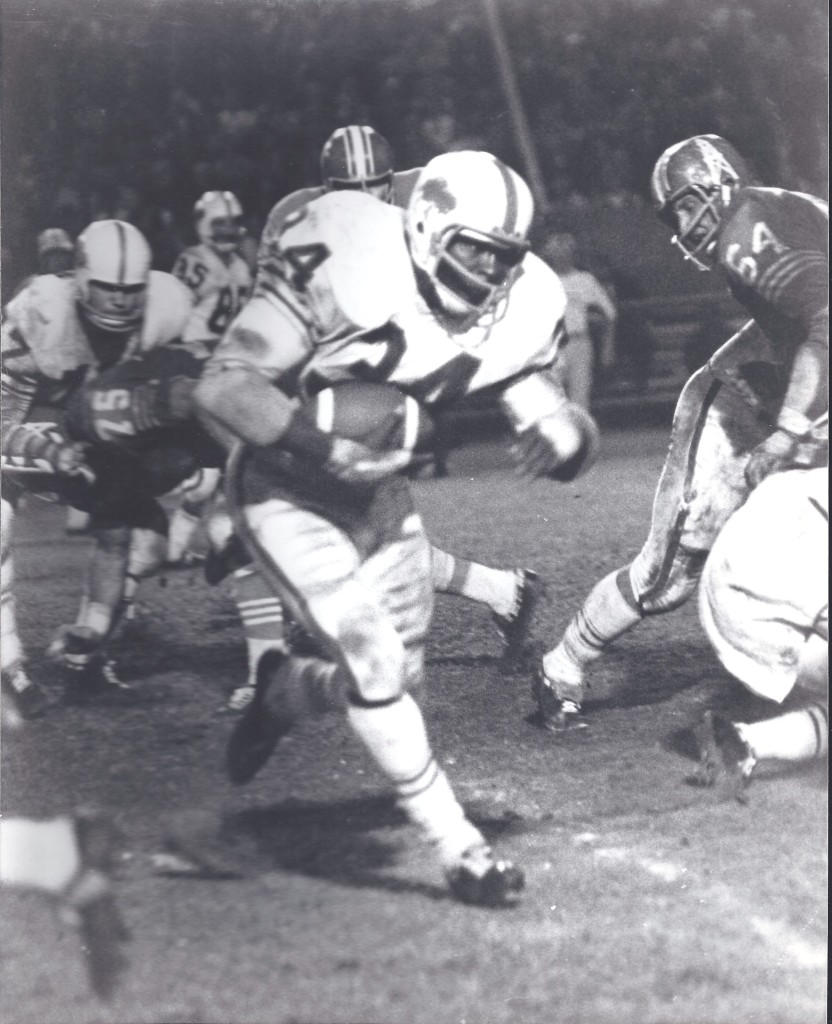 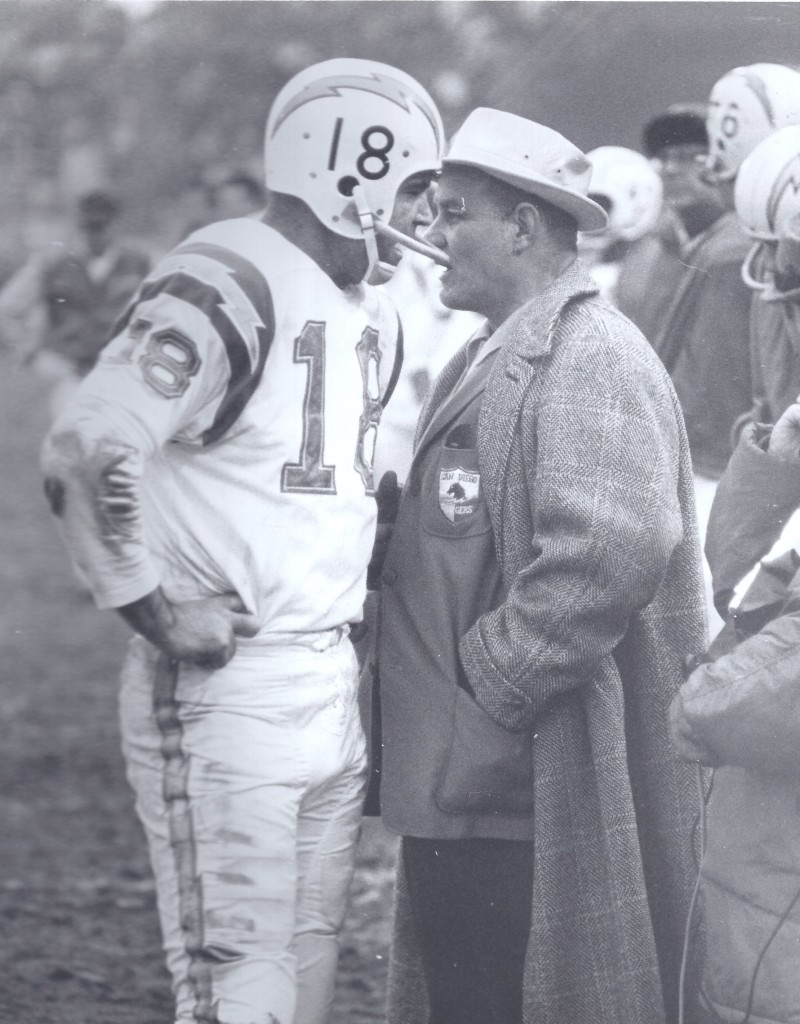 Tobin Rote confers with Sid Gillman in the 1964 championship game.

Tom Sestak leaps to knock down a Babe Parilli pass. 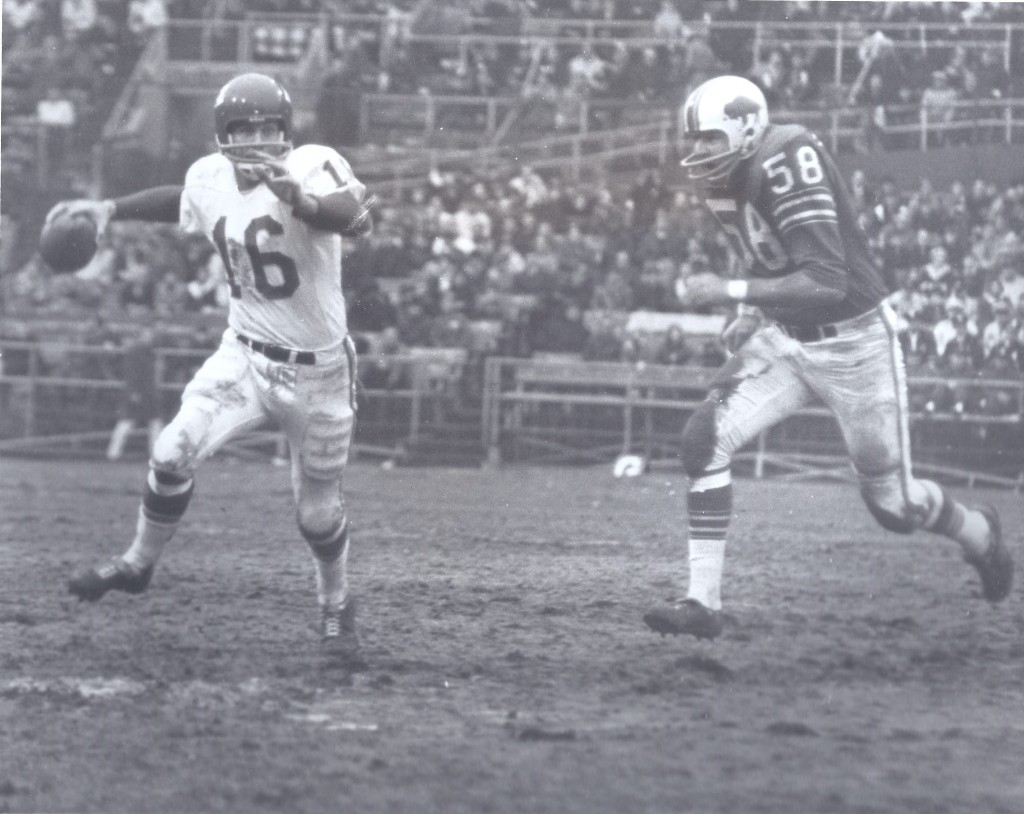 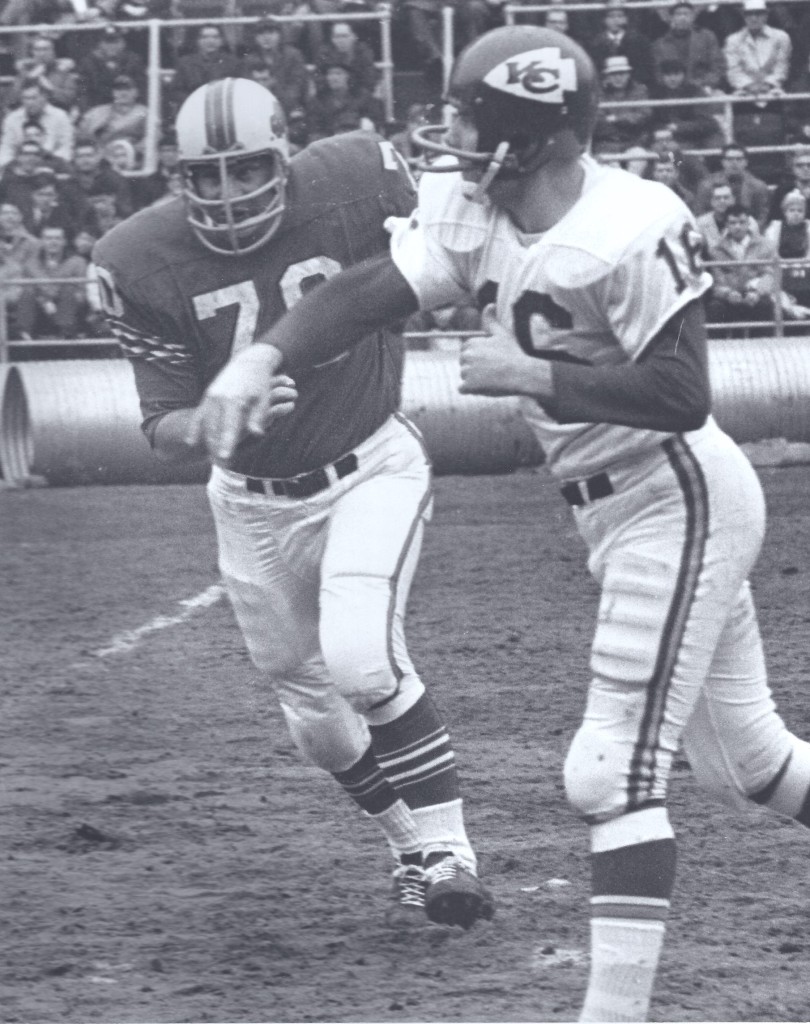 Len Dawson gets a pass off before the rush of Tom Sestak. 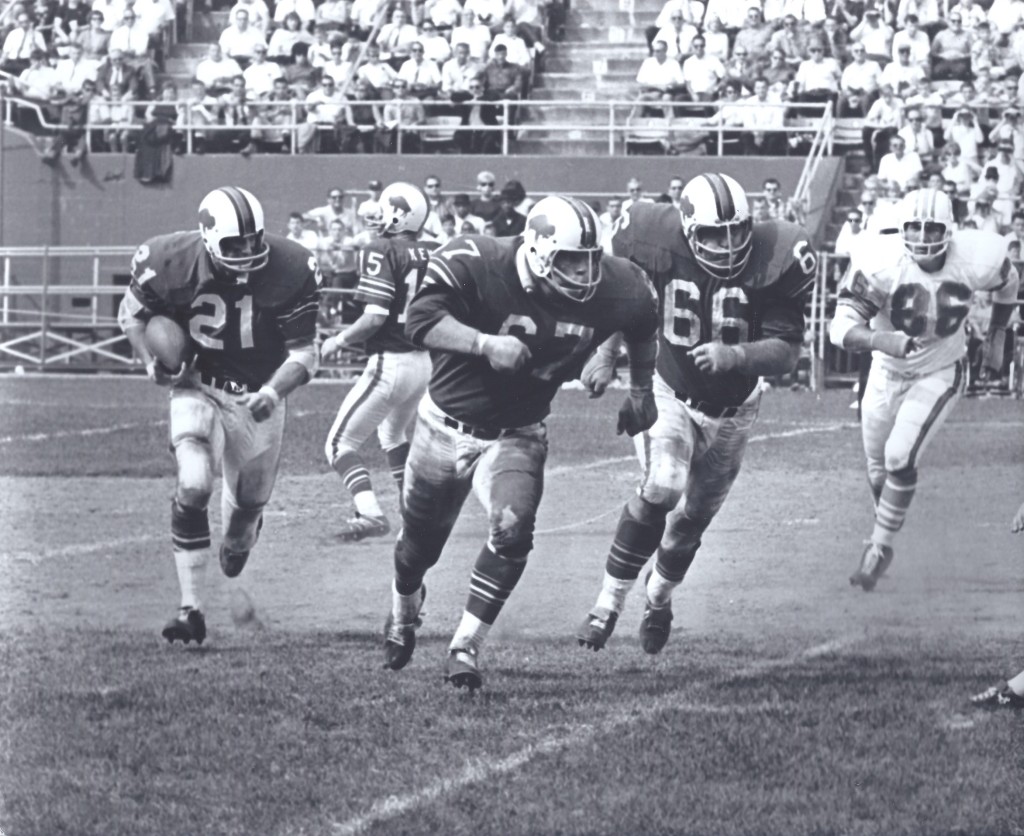 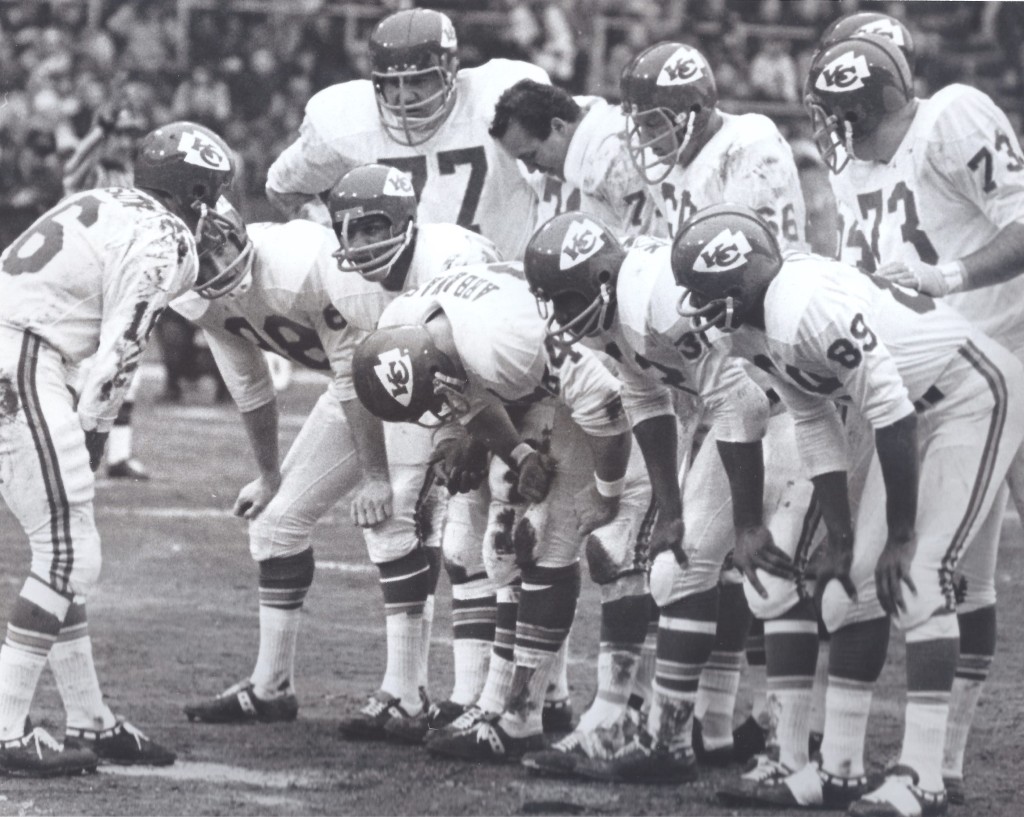 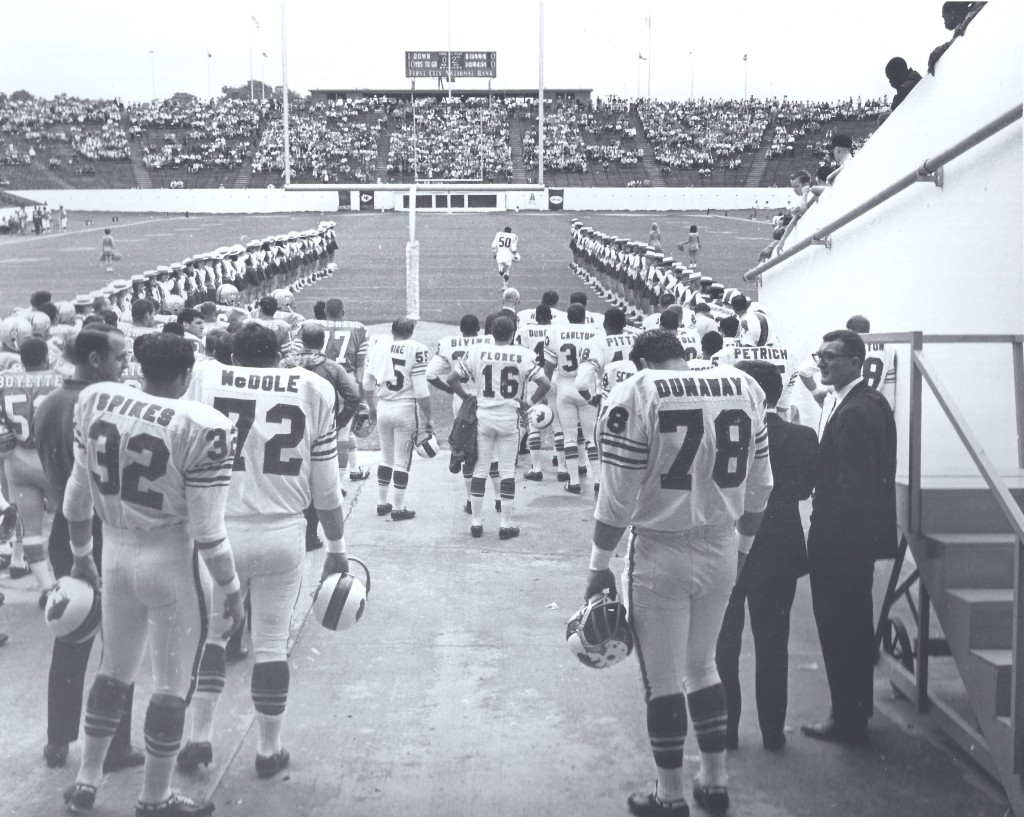 The Bills get ready to take the field in Houston. 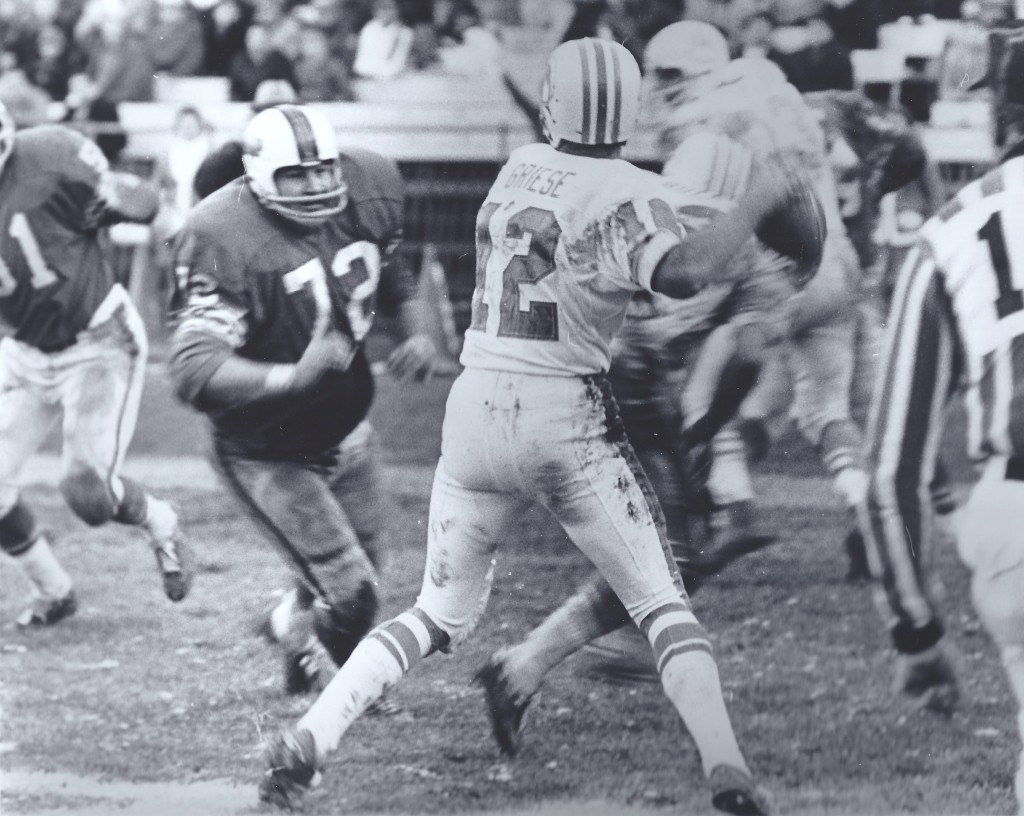 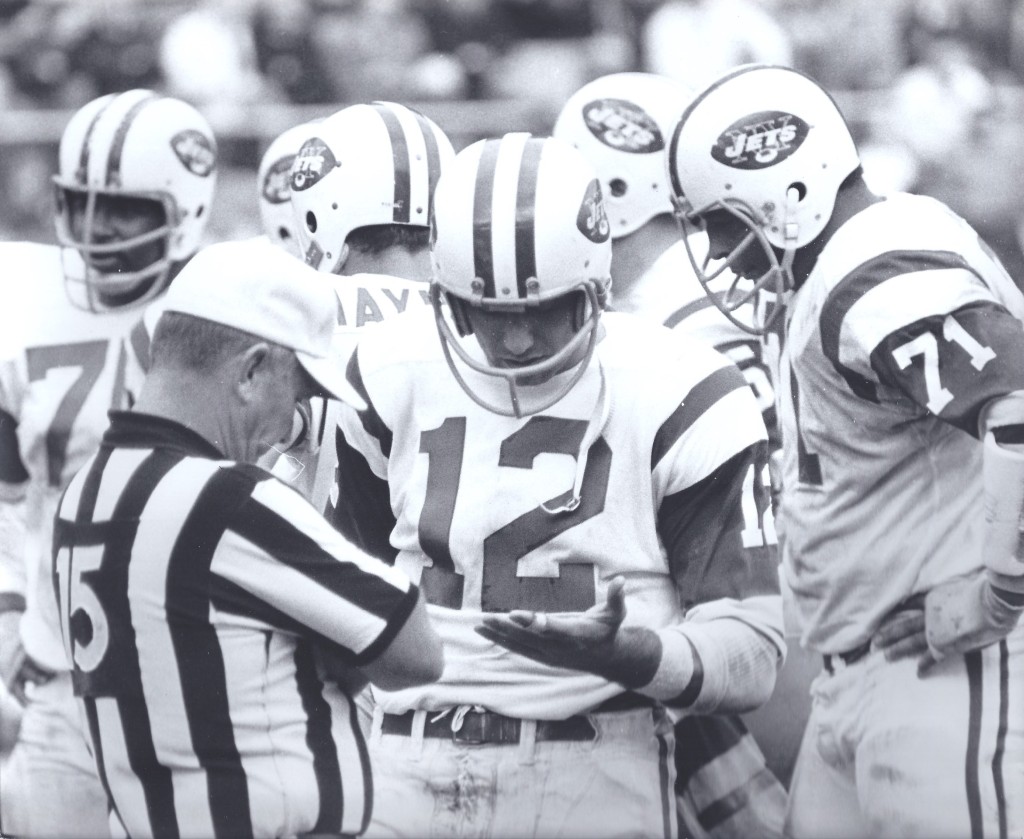 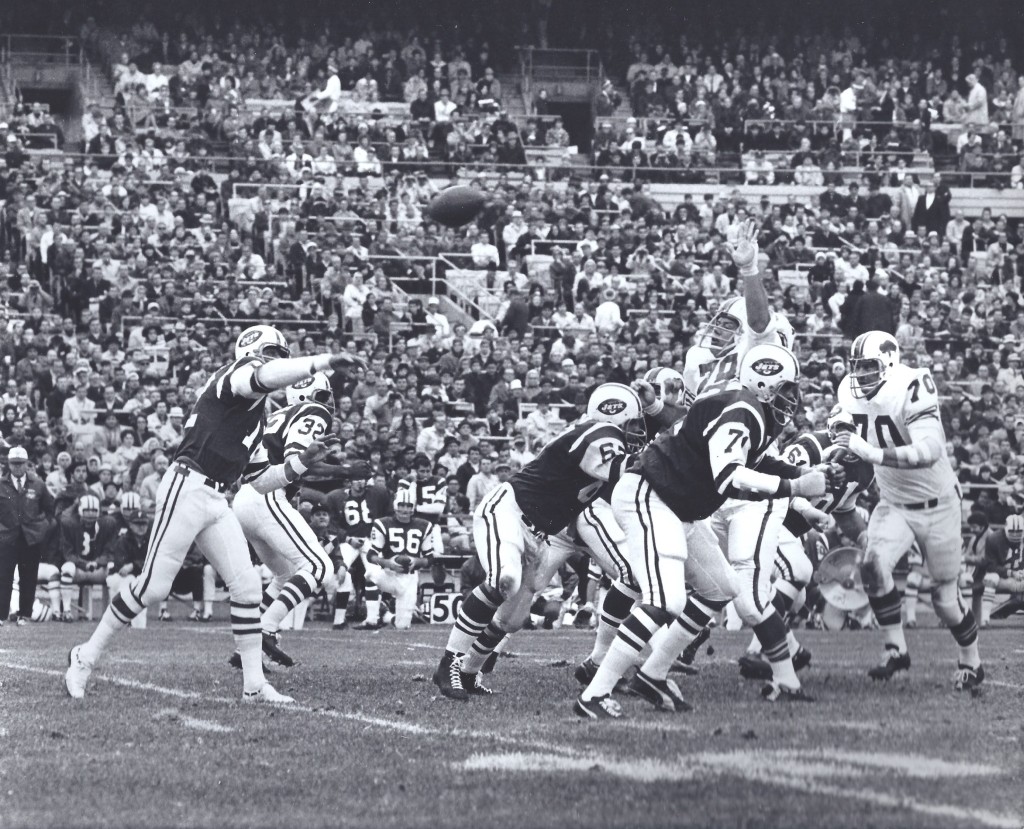 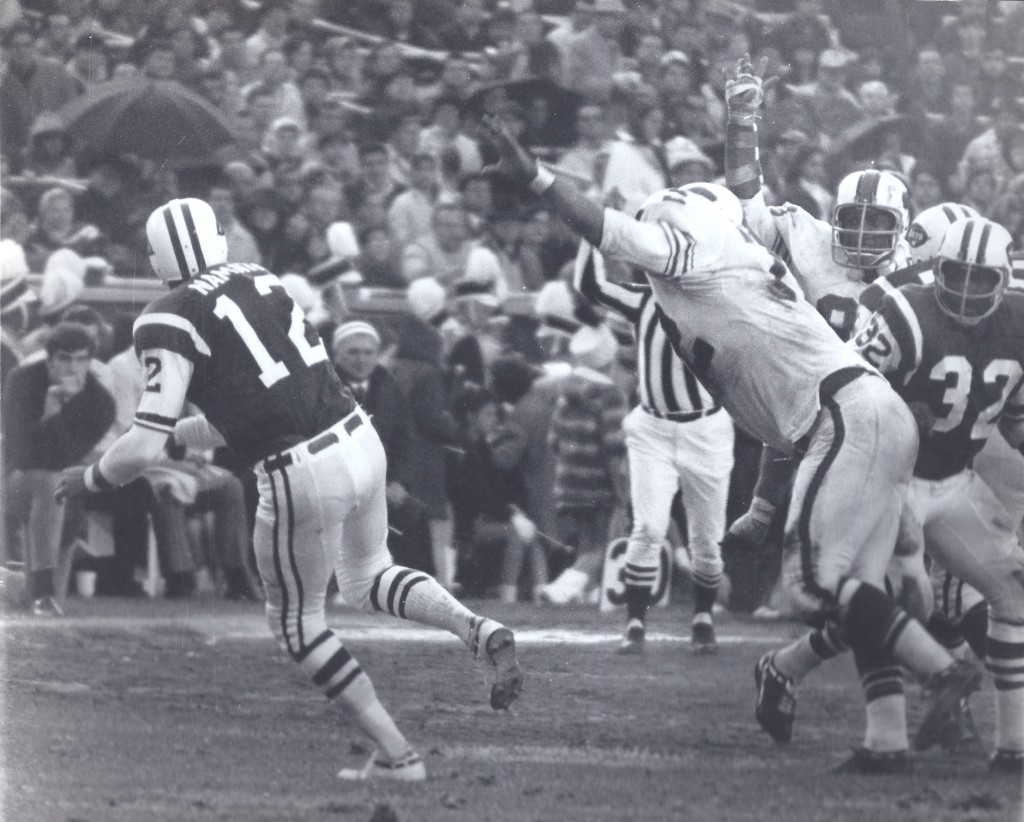 Joe Namath gets the pass off just before Ron McDole closes in.