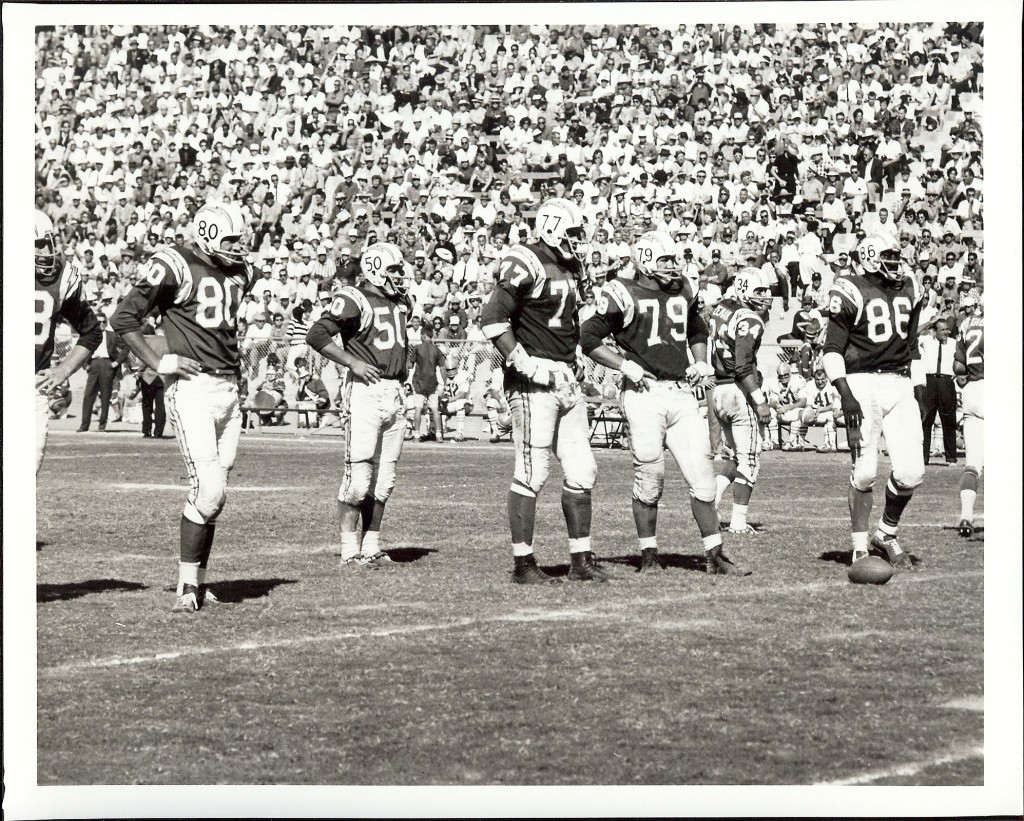 As much as I like Lance Alworth, I have typically enjoyed watching good defense more than good offense.  Just a personal preference of mine.  The 1961 San Diego Chargers had a smothering defense that was led by their line of Ron Nery (80), Ernie Ladd (77), Bill Hudson (79) and Earl Faison (86).  Linebacker, Chuck Allen, was also in the first season of his long career in ’61.  While quarterback sack totals were not kept then, the Chargers defensive front forced quarterbacks to throw 49 interceptions (in a 14-game season), a record that still stands.  This famed Chargers defense had a couple of nicknames – the line was called the Fearsome Foursome (prior to the Los Angeles Rams), and the backfield was dubbed the Seven Bandits.