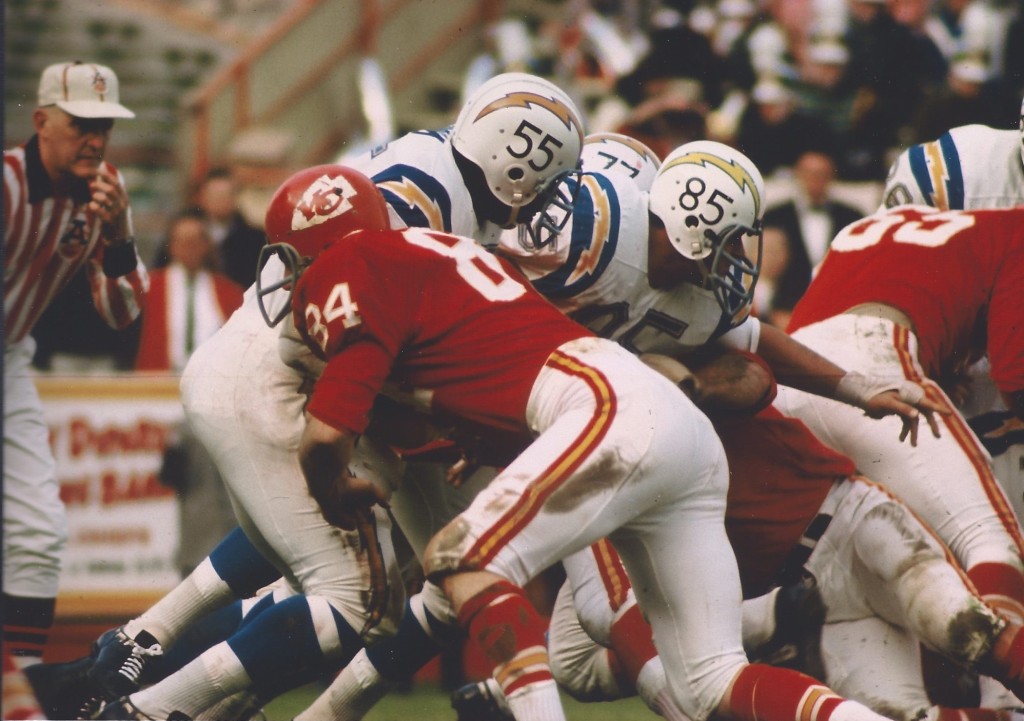 I recently picked up an handful of vintage, color slides from various AFL games.  The slides have produced some pretty exciting prints, including this one that really stood out to me.  This particular image comes from the Chargers vs. Chiefs game played in Kansas City’s Municipal Stadium on Sunday, November 15, 1964.  The Chargers scored four touchdowns in the second quarter, and defeated the Chiefs 28-14.  I really like the colors in this image, and seeing Tales from the AFL subscriber, Fred Arbanas, blocking down on the Chargers’ Frank Buncom.

Hey Fred!  Do you remember this game?  What can you tell us about it?