The race was on in early 1960, to obtain talent for the newly-formed AFL teams.  Securing a veteran quarterback with leadership experience would, of course, have been a primary goal for all teams.  At the time, former Chicago Bears QB, George Blanda, was “retired” from football.  This did not concern Los Angeles Chargers coach, Sid Gillman, who wrote up the following review of Blanda early in 1960.

Blanda took a trip out to Los Angeles to speak with Gillman, but never had intentions of signing with the Chargers.  As he stated in his biography, Alive and Kicking, Blanda who had a short fuse of his own, viewed Gillman as a dictatorial coach, much like George Halas, whom he dealt with for the previous decade in Chicago.

George Blanda went on to sign with Houston, and as we all know, led the Oilers to AFL championships over Gillman and the Chargers in 1960 & 1961. 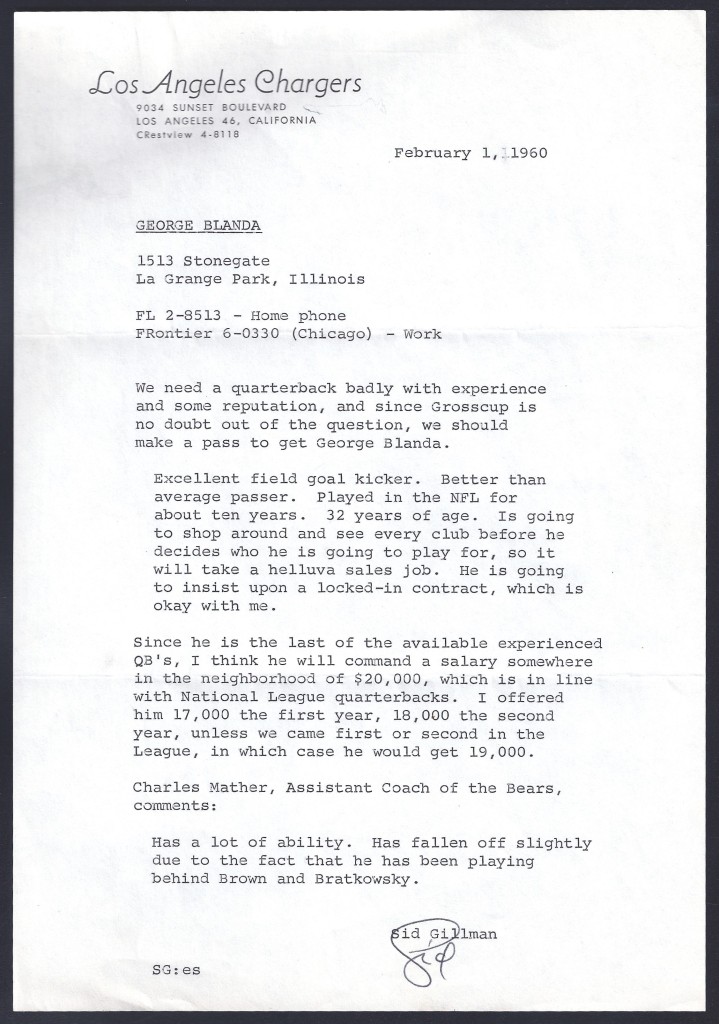