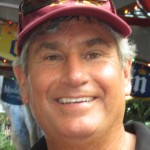 John Freeman is native San Diegan, a life-long Chargers fan and unabashed AFL honk.  He was a ball boy for the Chargers in the late ’60s, starting in Balboa Stadium. As a boy, he grew up reading the great Jerry Magee.  He always root for the AFL in the Super Bowl.  He uses old Chargers jerseys to remember phone numbers, and believes Sid Gillman was the greatest Charger coach, John Hadl (21) the best QB, Lance Alworth (19) the best receiver and Paul Lowe (23) and Keith Lincoln (22) the best running backs.  The Charger with the best name was Hezekiah Ezekiel Braxton III. 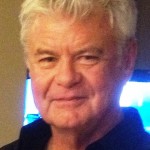 Buzz Ponce began his fascination with the American Football League in its first year and remembers watching Paul Lowe return the opening kickoff against the New York Titans for a Chargers touchdown in the very first Los Angeles Chargers game, way back in 1960.  Buzz was fortunate to spend the summer of 1965 as a ball boy for the Chargers and became friends with Frank Buncom, the late linebacker for San Diego and Cincinnati. Buncom had a profound impact on Buzz’s life, and Ponce is currently documenting Buncom in his work-in-progress book, “Finding Frank: Full Circle in a Life Cut Short.”

Buzz taught high school journalism in the San Diego area for eight years and spent 31 years in sales management. He and his wife Susan reside in Fountain Hills, Arizona. 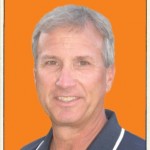 Dave Steidel developed his passion for the American Football League in its first season. Since then he has been an avid fan and historian of the league and wrote ‘Remember The AFL’ because in his words “Every book I ever read about the AFL left me wanting more… so I set out to write the book I always wanted to read.”

Dave is a retired school counselor and swim coach who now spends his time golfing, sailing, and officiating soccer, softball and lacrosse.  He also continues research and read about the history of the AFL and enjoys communicating with AFL enthusiasts and former players.

‘Remember The AFL’  is available in KINDLE edition at: http://www.amazon.com/dp/B004A159LK 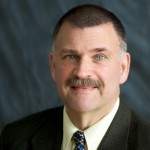 Bob Swick is the Editor and Publisher of Gridiron Greats Magazine and has been collecting football cards since 1965. He has written about football cards and memorabilia since 1990 for several major sports collecting publications including Sports Collectors Digest and had his own column, Turning The Pages.  He self-published Bob  Swick’s Football Times in the 1990’s; he has been  interviewed in Tuff Stuff, the Giants Report, Packers Report and Beckett  Football Monthly magazine.  He has also been a contributor to the Beckett Annual Football Price Guide.  Bob also collects cards, programs, yearbooks, media guides, ticket stubs, pocket schedules, and team photos of the American Football League.   He is also a member of The Professional Football Researchers Association.  Bob brings his expertise to the magazine in the form of his love of all things football related. His BA in journalism and MS in Economics bring a unique focus to the niche of football memorabilia and history.