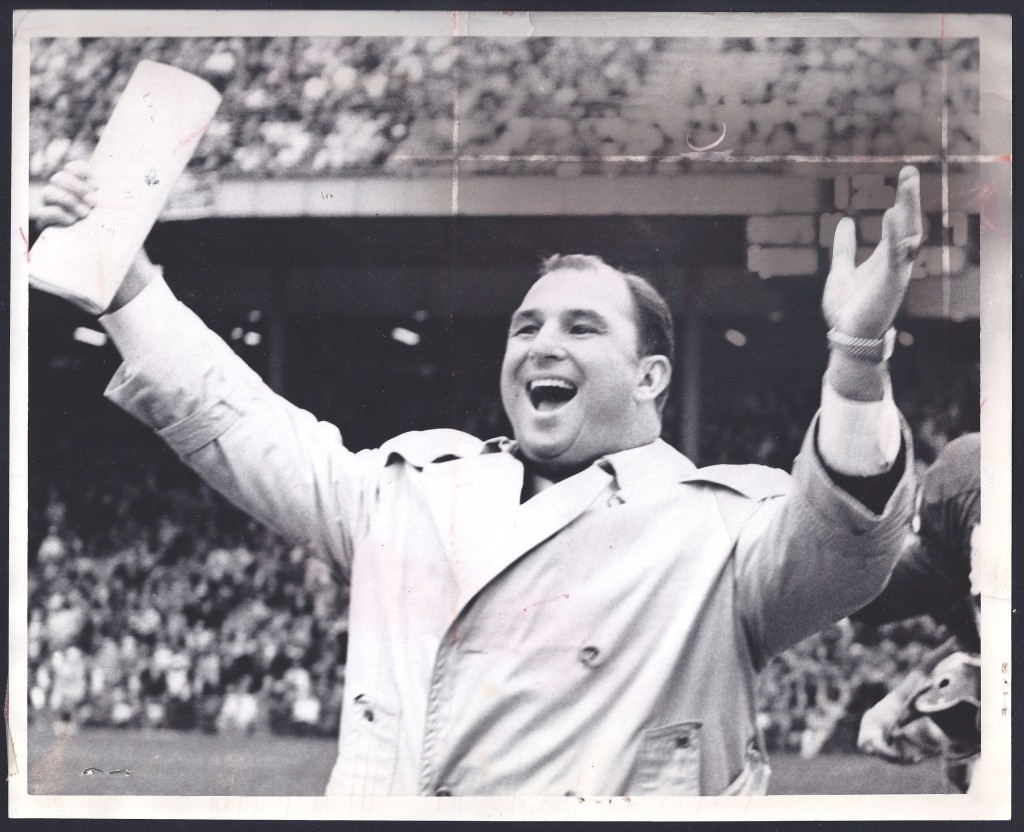 Last week we discussed Al Davis’s role in the advancement of the minority athlete (and later minority head coach and front office personnel) in professional football.  Several readers commented that while Davis, and Sid Gillman, were important figures in bringing the black athlete into the forefront of pro football, no coach did more to break down the color barriers that the Dallas Texans and Kansas City Chiefs head man, Hank Stram.  Stram popularized scouting the historically black schools, and went so far as to hire Lloyd Wells to specifically pull talent out of those colleges and universities.  His overall success is seen in all aspects of the Chiefs; two-of-for AFL Super Bowl appearances, being the only coach to represent a team throughout all 10 years of the AFL, a high number of his players in the Pro Football Hall of Fame (with many more still deserving of induction).

In this article and accompanying video by ESPN.com’s Jeffri Chadiha, important men in the pro football ranks weigh in on Hank Stram and his overall contributions to the game.  Of course his natty dress and “let’s keep matriculating the ball down the field,” make an appearance, but not at the expense of what Stram meant to the game, and how he made it better for everyone involved.