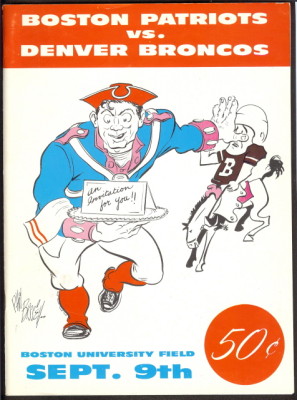 The first regular season in AFL history was played between the Denver Broncos and Boston Patriots on September 9, 1960, at Boston University Field. The Broncos were victorious by a score of 13-10.