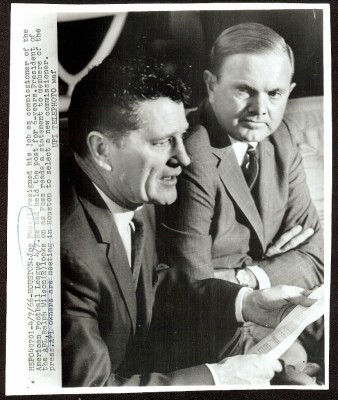 CAPTION READS – 4/7/66 – HOUSTON – Joe Foss (L) resigned his job as commissioner f the American Football League 4/7. He has held the post for 6-years. President of the AFL, Ralph Wilson (R) looks on as Foss reads a statement to members of the press. AFL owners are meeting in Houston to select a new commissioner.