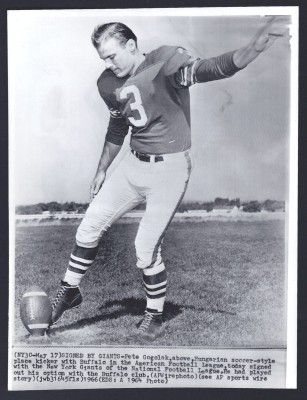 CAPTION READS – ‘May 17 – SIGNED BY GIANTS – Pete Gogolak, above, Hungarian soccer-style place kicker with Buffalo in the American Football League, today signed with the New York Giants of the National Football League. He had played out his option with the Buffalo club.