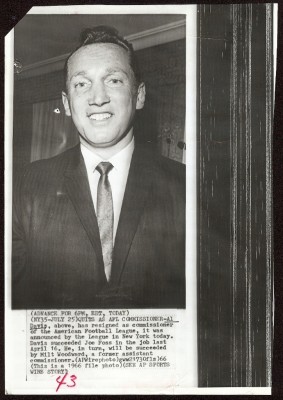 CAPTION READS – JULY 25 – QUITS AS AFL COMMISSIONER – Al Davis, above, has resigned as commissioner of the American Football League, is was announced by the League in New York today. Davis succeeded Joe Foss in the job last April 16. He, in turn, will be succeeded by Milt Woodard, a former assistant commissioner.