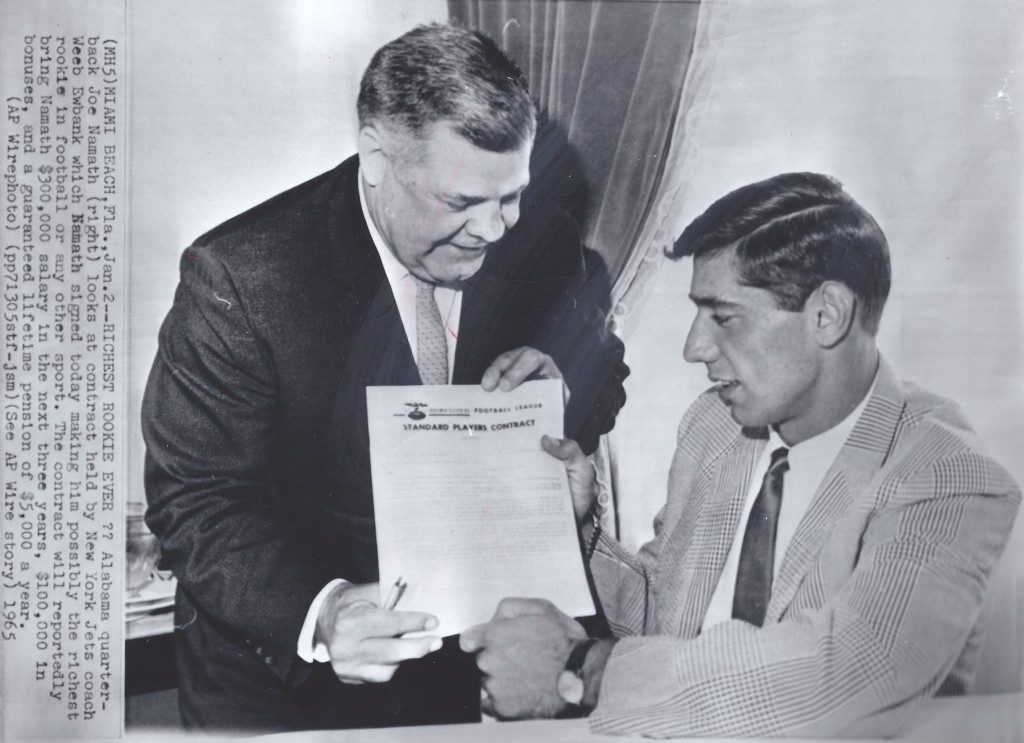 MIAMI BEACH, Fla., Jan. 2 — RICHEST ROOKIE EVER ??  Alabama quarterback Joe Namath (right) looks at contract held by New York Jets coach Weeb Ewbank which Namath signed today making him possibly the richest rookie in football or any other sports.  The contract will reportedly bring Namath $300,000 salary in the next three years, $100,000 in bonuses, and a guaranteed lifetime pension of $5,000 a year.

Forty-nine years ago today, Joe Namath signed his historic contract, which helped pave the way for the AFL and NFL merger.  Has a rookie contract, or any other player contract, ever had such a drastic effect on a sport?