It is often overlooked that the New York Jets drafted two quarterbacks in 1965.  Everyone knows the story of Joe Namath and the $427,000 contract.  However, with their 12th-round selection, the Jets also picked up Notre Dame star and Heisman Trophy winner, John Huarte.

Huarte battled Namath for the starting spot, but fell to third string behind Namath and Mike Taliaferro.  He was traded to the Boston Patriots in 1966.  The following page comes from the Pats 1967 team yearbook. 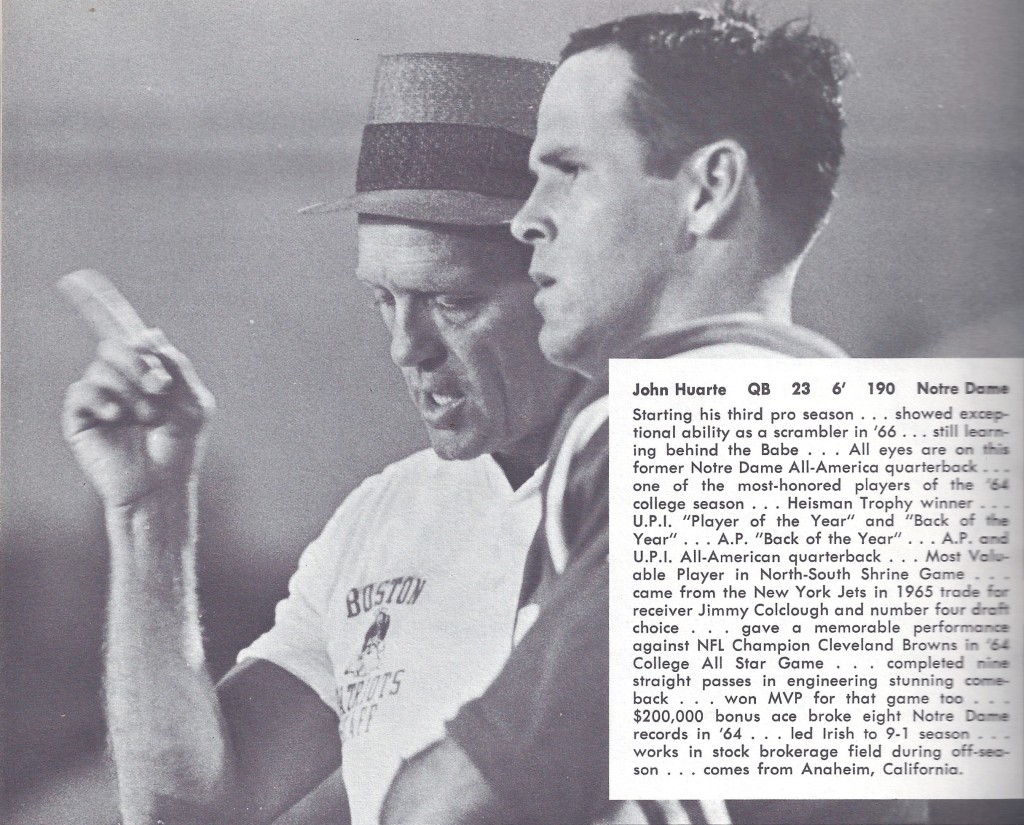