Deprecated: Function create_function() is deprecated in /www/wp-content/plugins/video-playlist-and-gallery-plugin/wp-media-cincopa.php on line 319 Johnny Robinson Hall of Fame Media – Tales from the AFL Skip to content 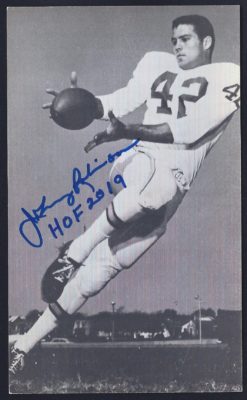 There was much media surrounding Johnny Robinson in the run leading up to the Hall of Fame votes and after his selection was announced. The following links are for several, though nowhere near all, of the articles in which he was discussed at-length.