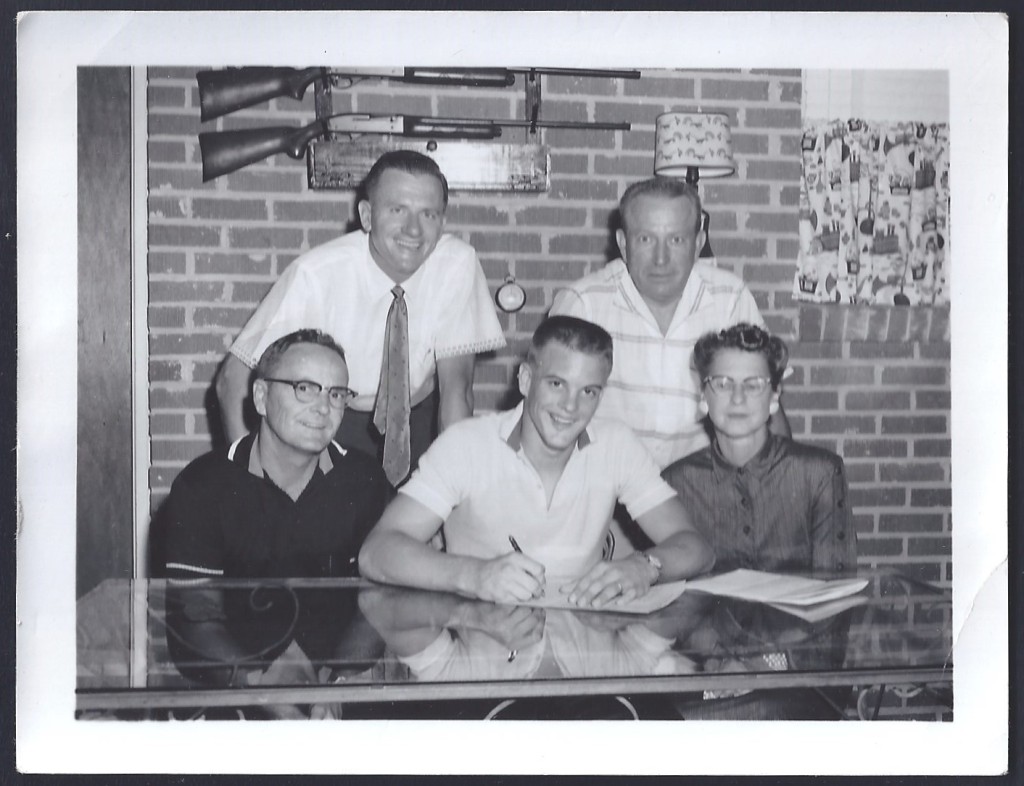 Over the last month, through a bit of luck and good connections, I was able to reacquire a large collection of Lance Alworth’s family photos for Lance.  It is not quite certain how they ever got away from the family to begin with, but Lance was thrilled to have them, many of which he had never seen before.

Included in this collection was a couple of small snapshots of Lance signing his letter of intent with the University of Arkansas.  It was a momentous day for the Alworth family, and one that sent Lance further down the path towards football greatness.  To my knowledge, and Lance’s, these photos have not been shown publically in many, many years, if ever.  Sitting beside Lance are his mother and father. 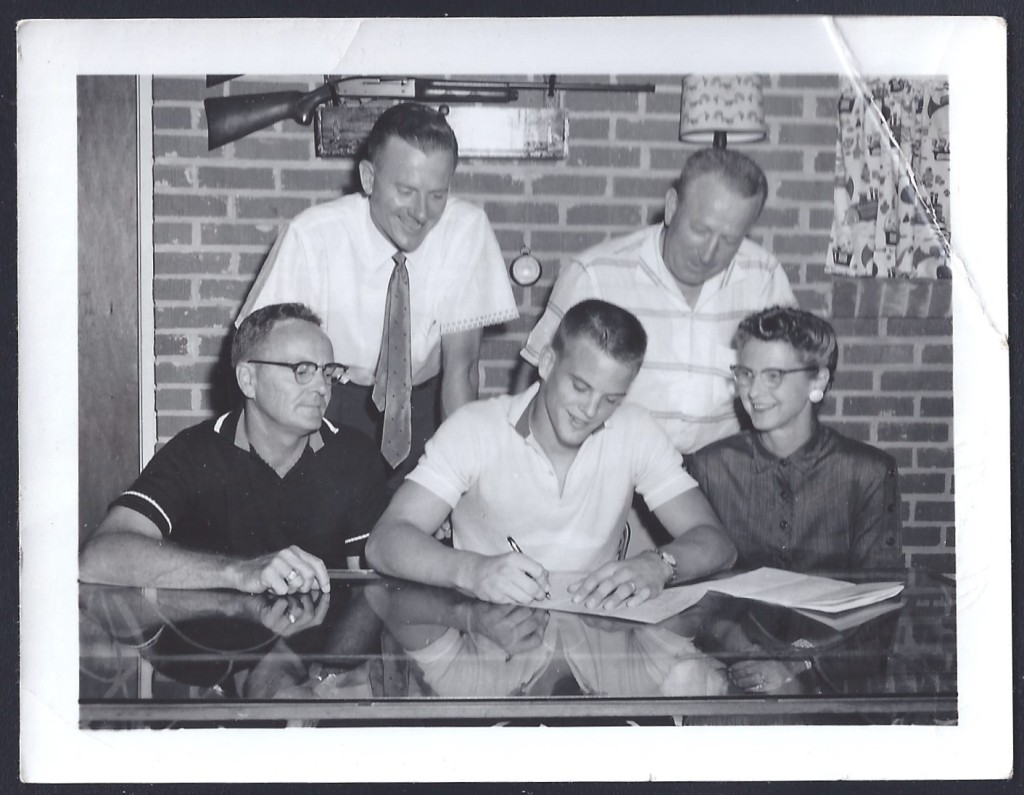