Let’s Hear it for the Announcers!

Home/American Football League/Let’s Hear it for the Announcers!
Previous Next

Let’s Hear it for the Announcers!

One of the areas of AFL history of which I know little is that of the men who are considered the voices of the AFL, the radio and television broadcasters for the league and individual teams.  My lack of familiarity is likely due to my growing up in a different decade, but regardless, my knowledge is not what it should be.

Still, as part of the old AFL, these men are of great interest, especially as they were the ones who brought the games into homes across the nation.

Recently I was fortunate to purchase more than 20 1964 Topps AFL team cards that had been autographed by various league personalities.  Owners, coaches, announcers and players can all be found on these cards, and the purchase spurred me to do a bit of reading on some of these media personalities. 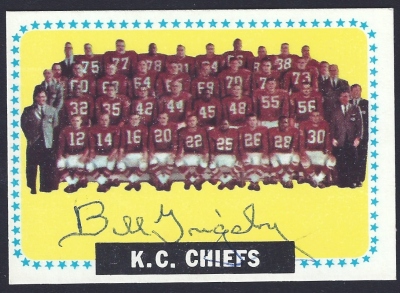 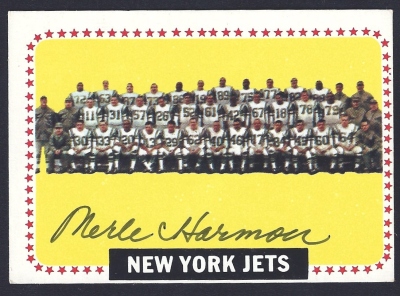 – Merle Harmon – Merle Harmon’s time behind the microphone began in 1947, as a member of the broadcast team of the Topeka Owls minor league baseball team.  Harmon had an extensive career in the sports media, announcing for five major league baseball team and two AFL teams.  He teamed with Bill Grigsby on the Chiefs broadcasts in 1963, but then became the voice of the New York Jets from 1964-1970.  Harmon retired in 1989, after spending the past several years with the Texas Rangers.  He died in 2009. 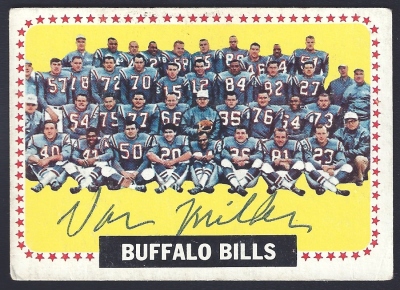 – Van Miller – More so than the gentlemen above, Van Miller is synonymous with one team, and that is the Buffalo Bills.  Miller called his first Bills game in 1960, and with the exception of a seven-year hiatus (1971-1977) during which the Bills were covered by a rival station, stayed with the team through his retirement in 2003.