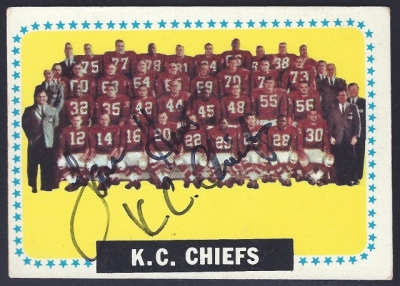 One of the central themes of American Football League history is the AFL’s whole-hearted inclusion of minority athletes.  AFL teams went into the historically black colleges and drafted immense amounts of talent – Ernie Ladd, Buck Buchanan, Otis Taylor and Willie Brown – just to name a few.  In the following article, Chiefs historian Bob Moore talks about Lamar Hunt and his staff’s ideas and actions with black players.  The Chiefs were one AFL team, along with the Chargers and Raiders in particular, who attempted to win with the best players they could find, not just the best white players.