One of our readers, 0tt060-74, mentioned in a past comment that his family lived next door to former AFL Chargers and Raiders player, Al Bansavage, in 1966.  0tt060-74 had hoped to reconnect with Bansavage, but sadly, Al Bansavage passed away in 2003.

The mention of Bansavage reminded me of one of the kindest responses that I have ever had from an autograph request.  It just so happened to be from a woman named Helen Walker, who was Al Bansavage’s wife. 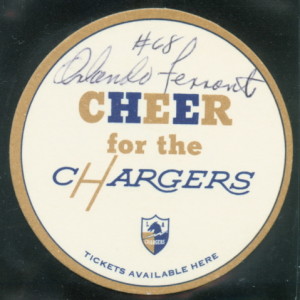 One of the many oddball items that I have collected over the years is a stack of Los Angeles Chargers drink coasters that I assume were used in the LA Coliseum.  They are kind of neat, and since I had several of them, I thought that I would send them out to former LA Chargers players to be autographed.  I was especially interested in obtaining the signatures of former players who had never been represented on trading cards, or anything similar.  So on August 20, 2003, I dropped a handful of letters into the mail, each containing a nice letter, a LA Chargers drink coaster, and a self-addressed, stamped envelope.

I received many of the letters back – Howie Ferguson, Al Barry, John Kompara, Trusse Norris, and others.  A couple of weeks later, I spotted another envelope in the mail, addressed to me, in my own handwriting.  Once inside, I slit open the envelope, and pulled out a type-written letter and small, credit card-like piece.  A scan of the letter can be seen below. 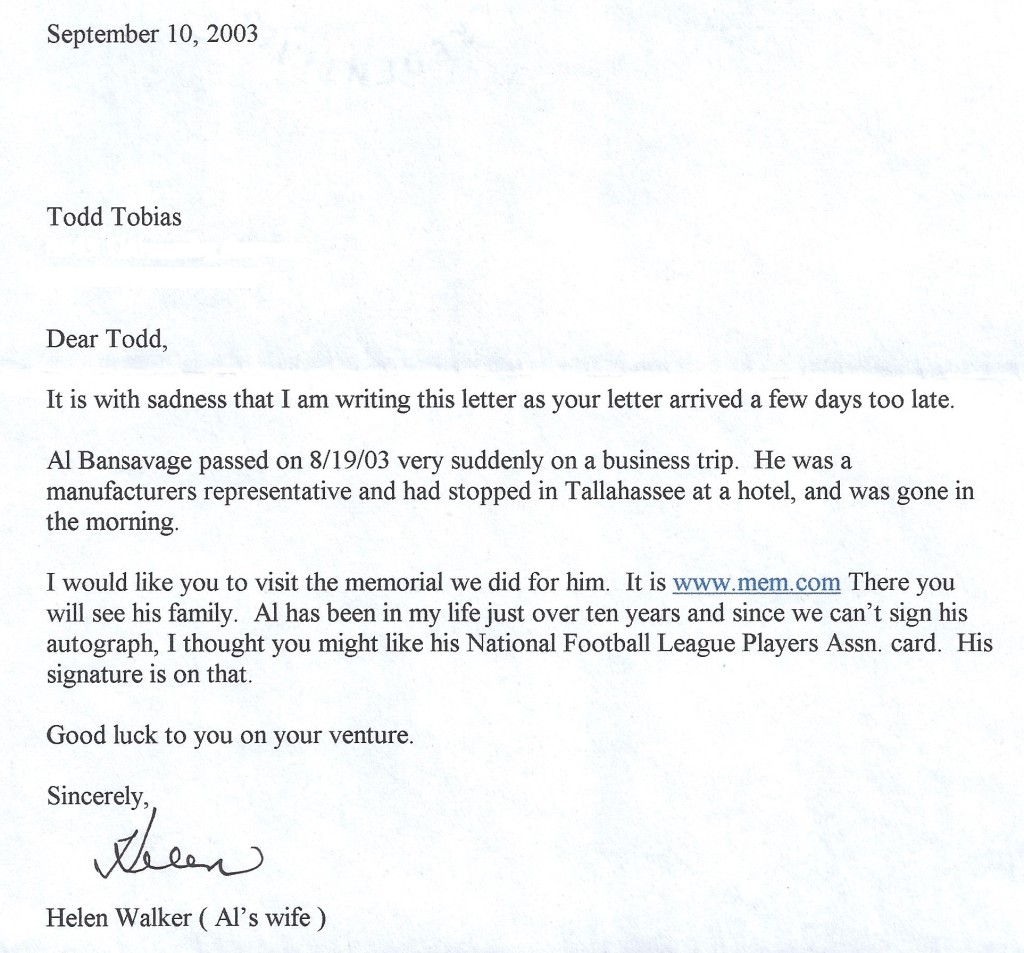 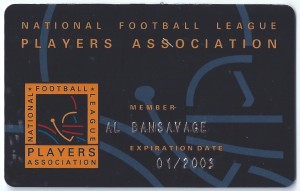 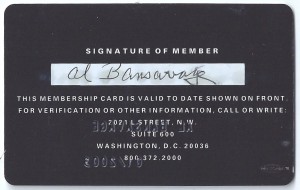 I was very moved by Mrs. Walker’s kind note and gift.  At a time when most people would have rightfully tossed my request into the trash, or perhaps return it unsigned, Helen Walker went well out of her way to secure a signature of her recently deceased husband that I could add to my collection. It was one of the nicest gestures that I have experienced in my many years of collecting.