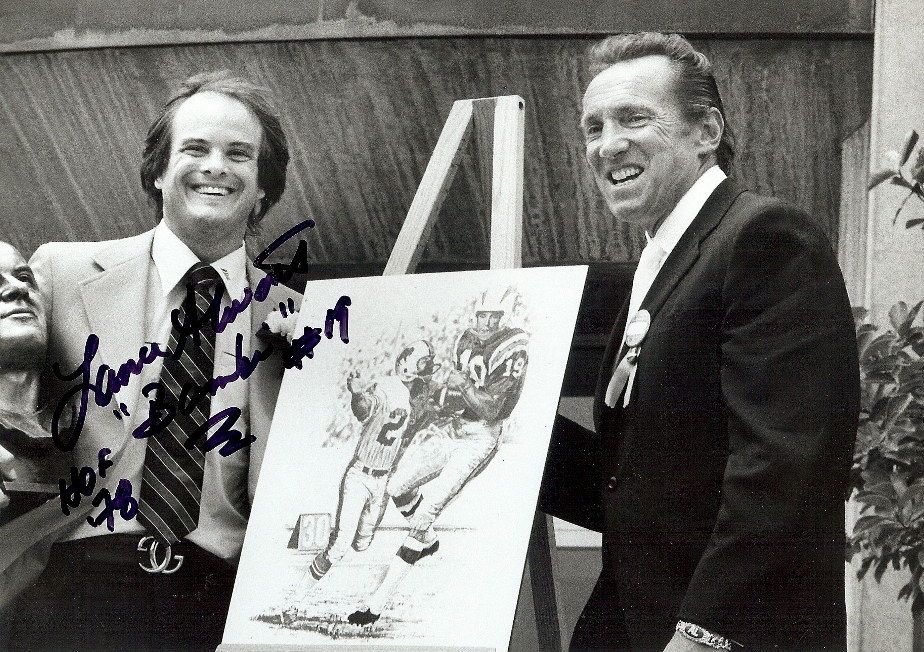 Lance and his presenter, Al Davis

After a week of dealing with malware and its corrective issues, I am back to posting about the AFL!  Two weeks ago,  I posted photos of Lance Alworth signing his letter of intent with the University of Arkansas.  The photos had come from a collection of Alworth Family memorabilia that had somehow found its way outside of the family.  We were able to retreive the lot, which included some 600-800 family photos from a variety of eras.

This new photo gallery consists of some of the recovered photos, in addition to memorabilia from my collections.  The photos were taken by members of the Alworth Family during Lance’s induction weekend in 1978.  The posters, programs and other items have been collected over the years.