One of my hobby passions is autographed 1960s football cards, so as usual, I spent time during the off-season adding signed AFL cards to my collection.  However, as my sets are in need of only a handful of rare cards, I was forced to get creative if I wanted to add anything new and interesting to my collection.  I put together a handful of player sets – Lance Alworth, Gino Cappelletti, John Hadl, Johnny Robinson – and picked up a few signed team cards, but the most fun that I had came in having players add interesting inscriptions to particular cards.

Where I could, I tried to have particular inscriptions added to cards produced in years pertaining to the notes added to the card; AFL All-Star boycott comments added to 1965 Topps cards, etc.  It didn’t always work out, but it added a bit more challenge.  Anyway, you will find a sampling of these cards below.  I hope you enjoy them as much as I do. 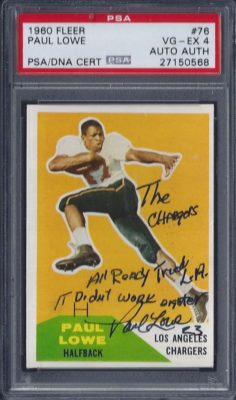 The Chargers already tried L.A. It didn’t work either. 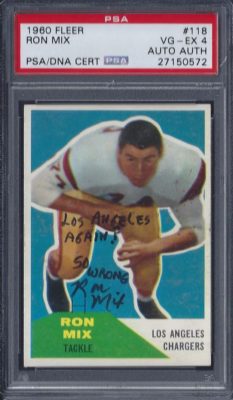 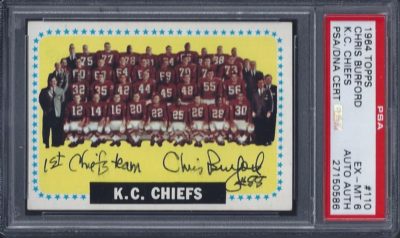 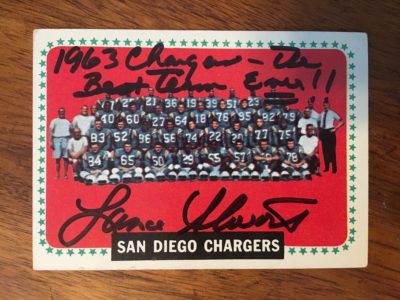 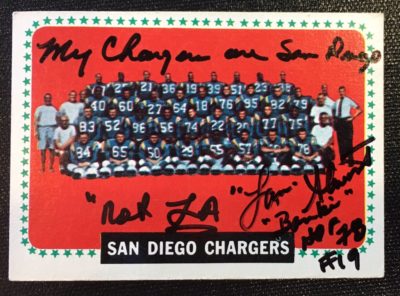 My Chargers are San Diego, not LA –
Lance Alworth 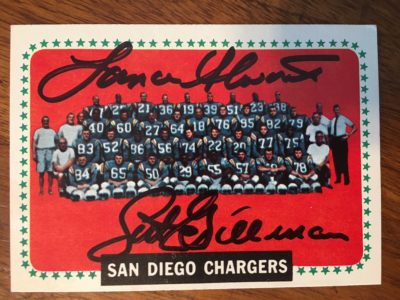 Lance Alworth & Sid Gillman (Sid signed this card for me 19 years ago, but I just thought to add Lance to it.  I’ve also got one with Sid and John Hadl, and Sid alone) 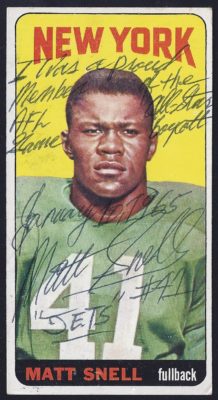 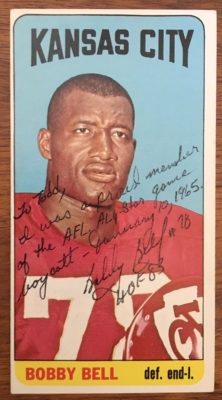 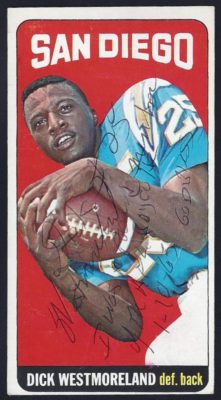 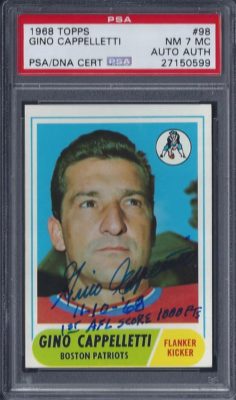 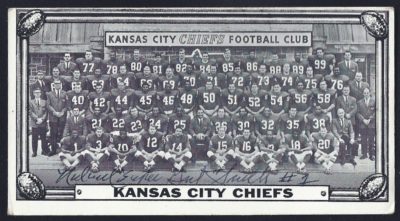