After four seasons of AFL play at New York’s Polo Grounds, the New York Jets began play in Shea Stadium in 1964, with a 30-6 victory over the Denver Broncos.  The club commemorated the evening with a page in the 1964 team yearbook. 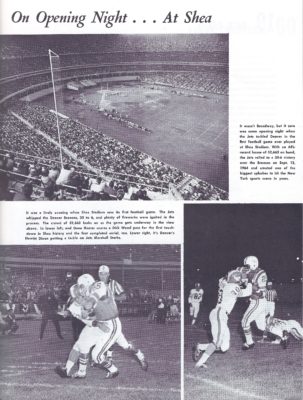 The site, Today in Pro Football History, published detailed article of the game on September 12, 2010, which can be found below: