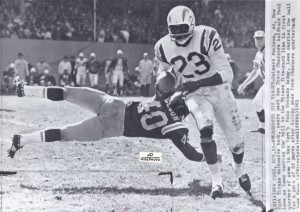 The Chargers ended up winning this game by a score of 25-10, and improved their season record to 6-0.  At the time, the Houston Oilers, who would later defeat the Chargers in the 1961 AFL championship game, had a 1-3-1 record, and were in last place in the AFL’s Eastern Division.