I have posted a couple of times about purchasing a collection of original color slides from the November 22, 1967, game at Municipal Stadium, between the Kansas City Chiefs and Oakland Raiders.  The slides arrived early last week, and I picked up the prints on Thursday afternoon.  While taken from the stands and a bit blurry, the images give a great idea of what one of the greatest rivals in AFL history looked like to fans attending the games, which is a real blessing to the “younger” guys like myself.  Lots of great line of scrimmage action that can be scanned over for hours.  The only real question that I had comes from the fifth photo.  Just what is that thing?  The game was played on Wednesday, November 22, the day before Thanksgiving.  Could that be some sort of mascot turkey? 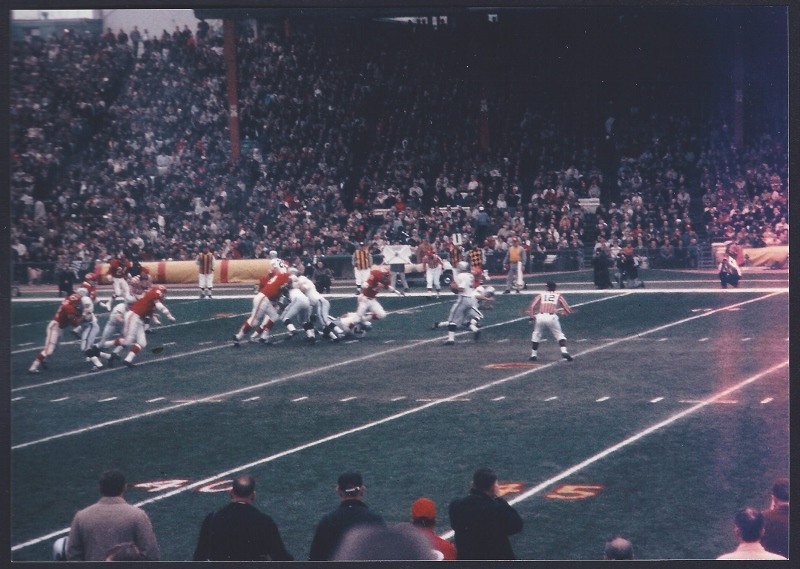 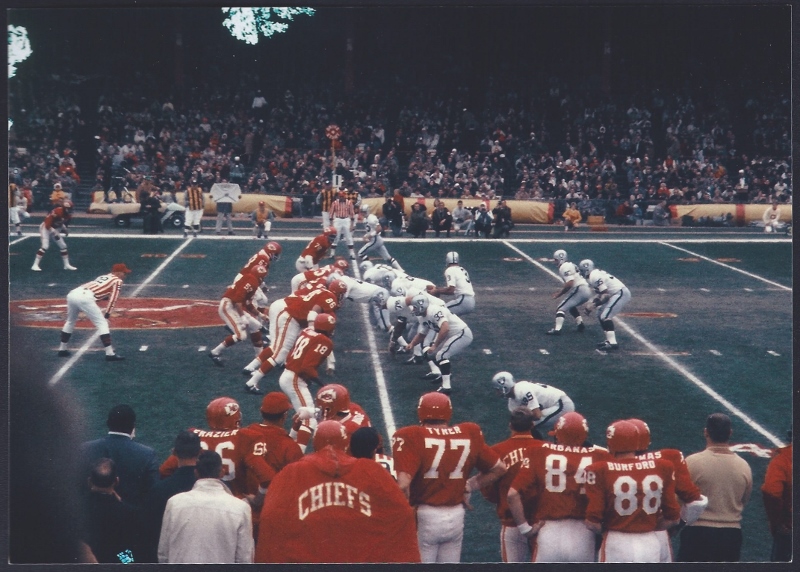 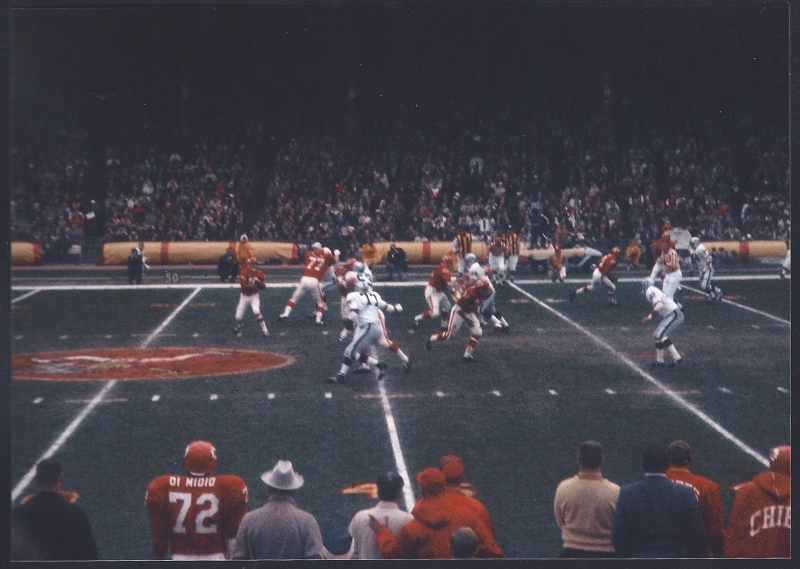 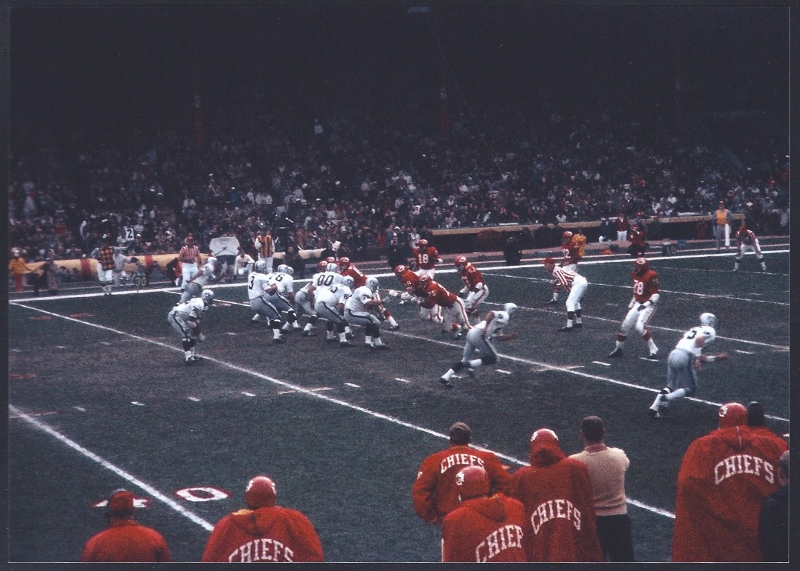 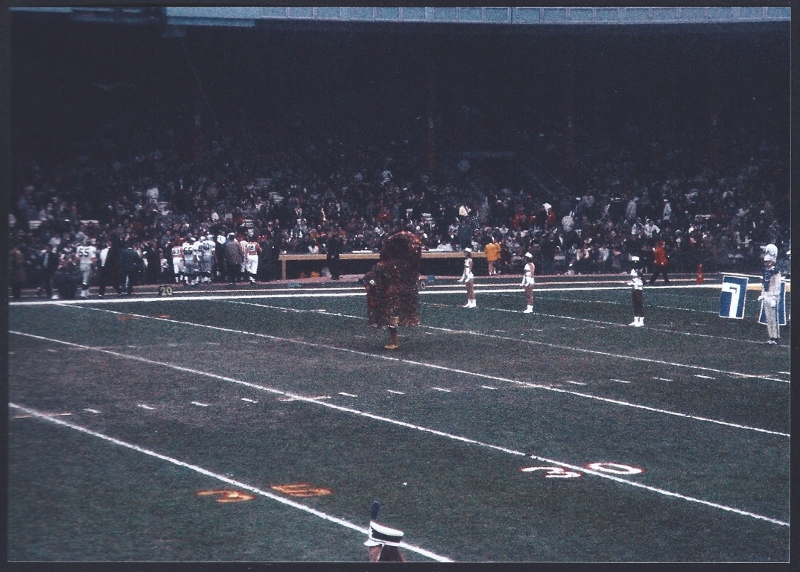 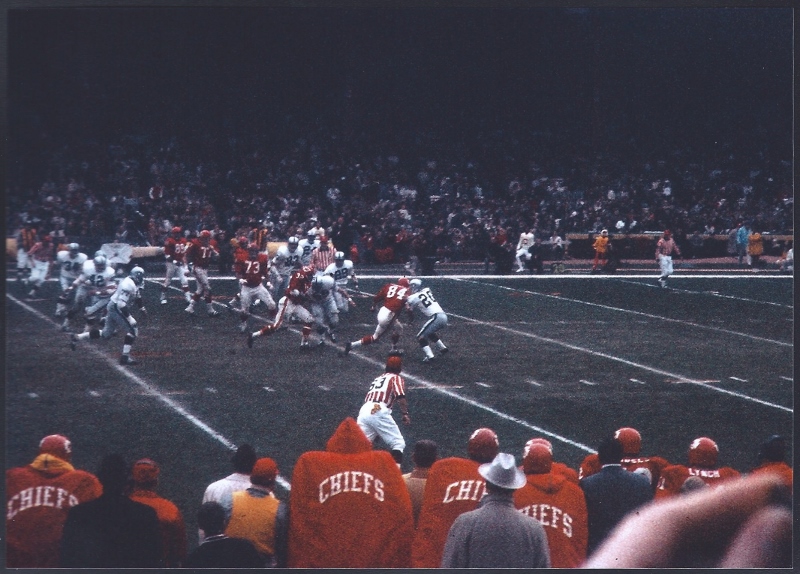 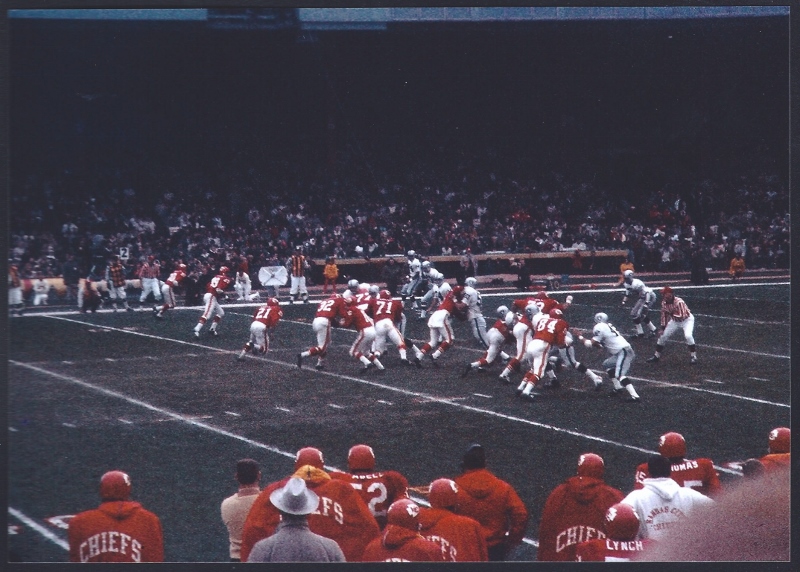 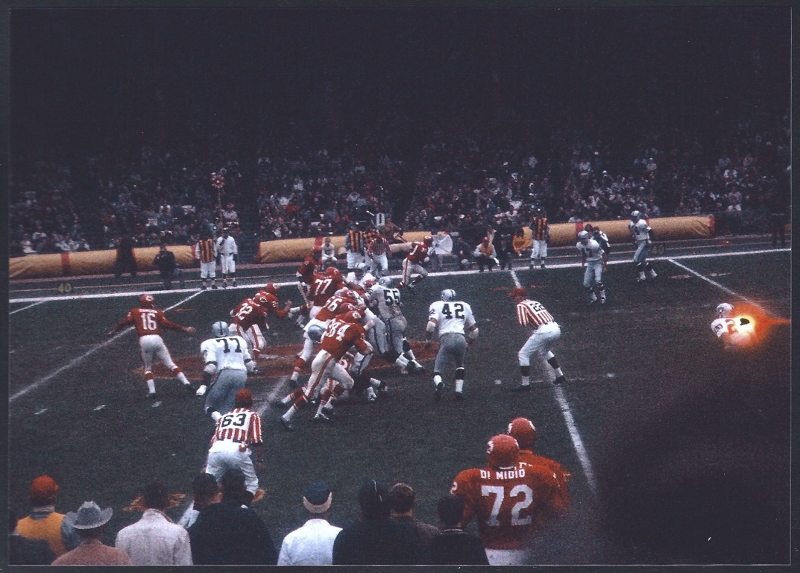 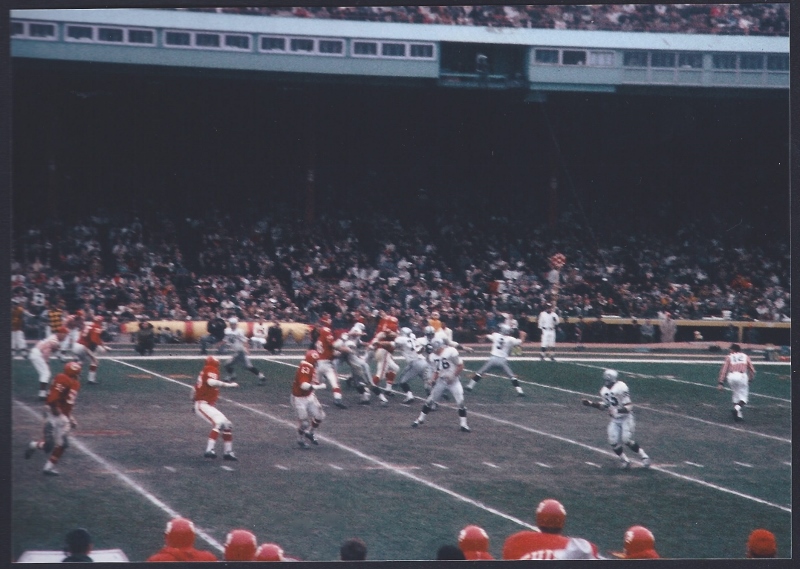 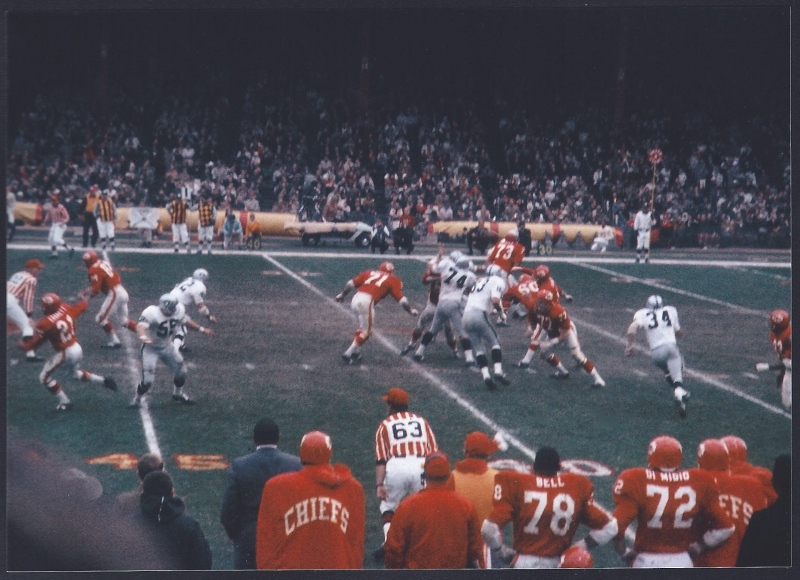 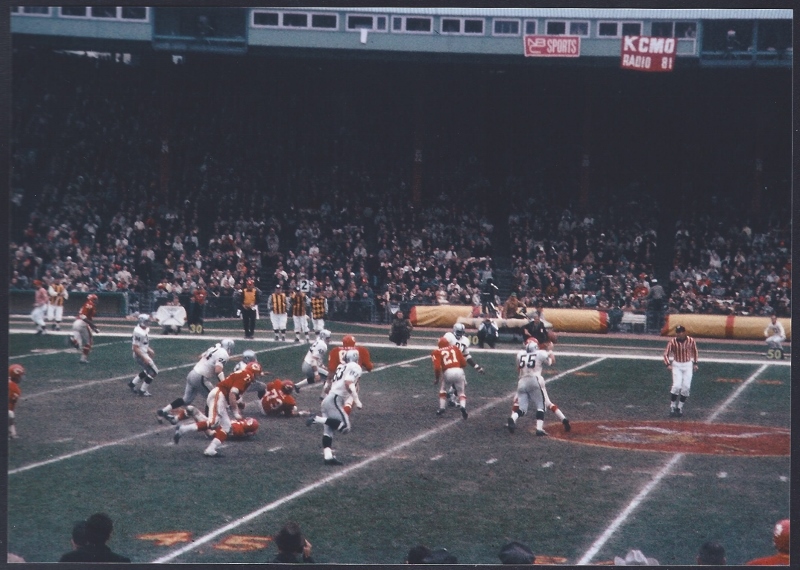 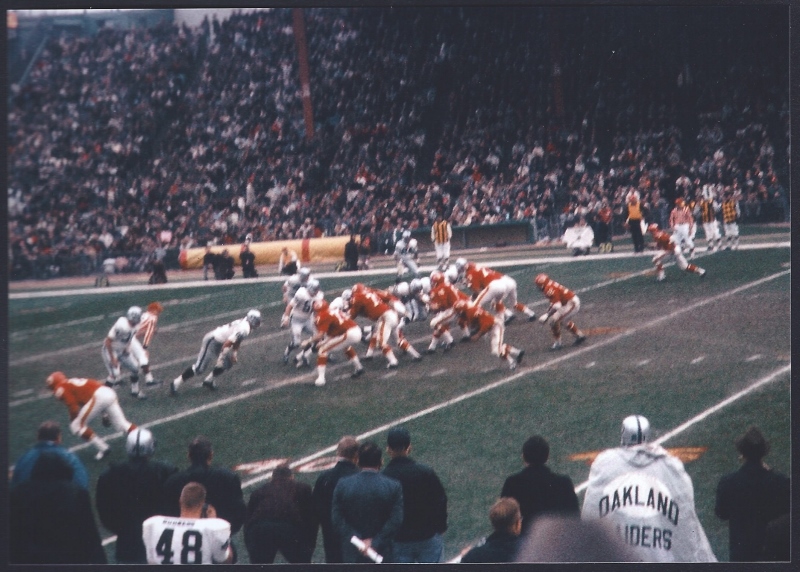 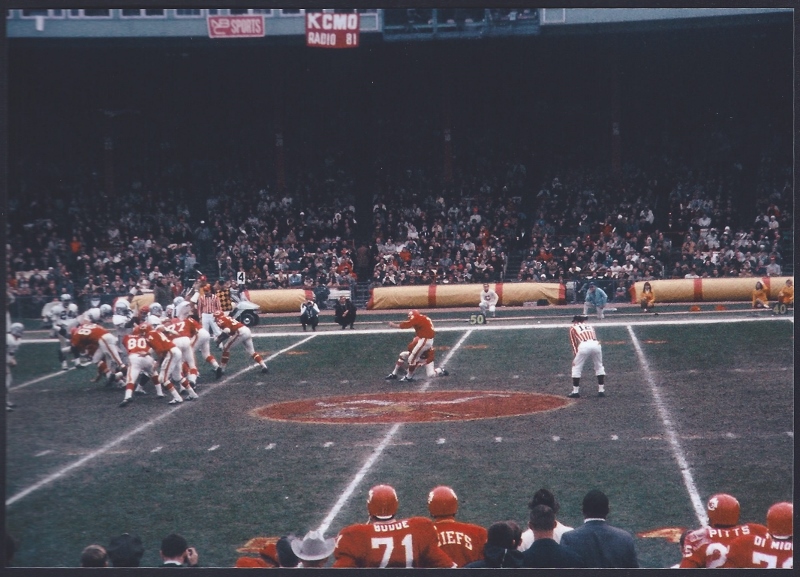 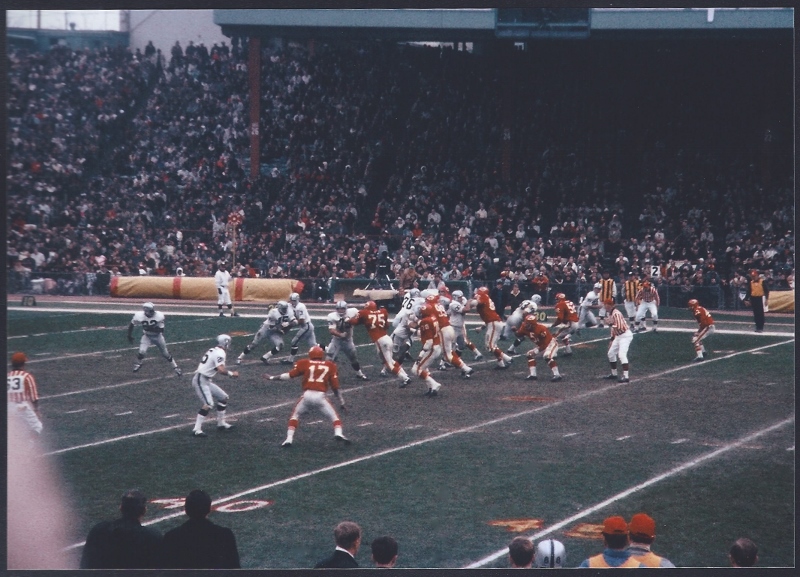 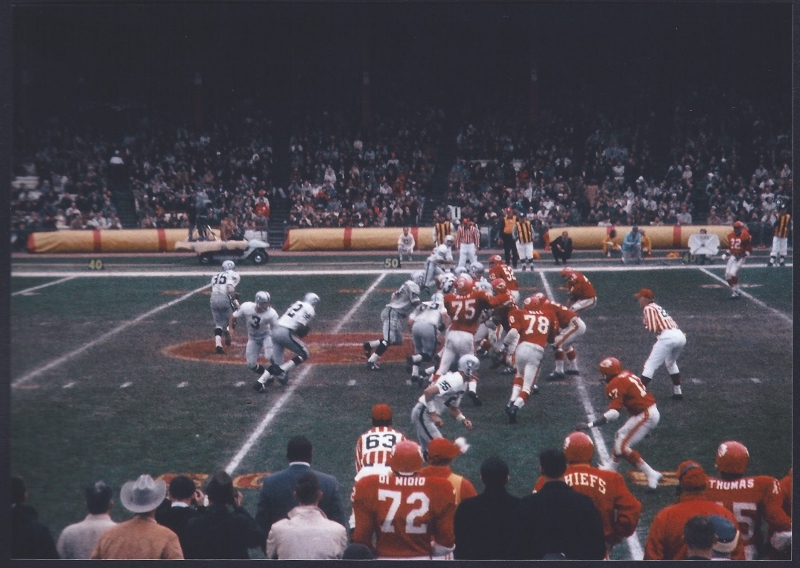 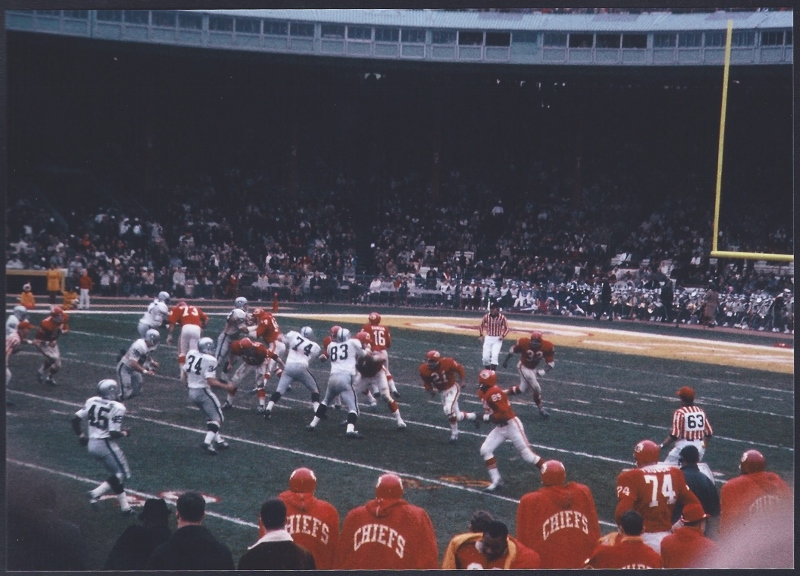