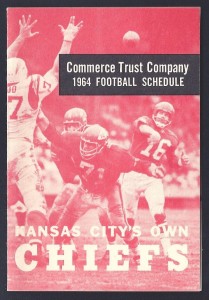 It may come as a bit of a surprise to some of you, but there are people in this world who are rabid collectors of pocket schedules.  What is a pocket schedule. you may ask?  Well, the next time that you are at the check out at a 7-11 or gas station, or at a sporting goods store, or a sports bar, or nearly anywhere, look around, and if your local team has done it’s job, you should find a small cardboard stand holding a bundle of roughly 2″ x 3″ team schedules.  Teams in all sports have been distributing these little schedules for decades, and as a result, there are folks out there who collect them.  If you don’t believe me, take a look at this website that I stumbled across recently.  It is dedicated to pocket schedule collecting, and it is one of many. 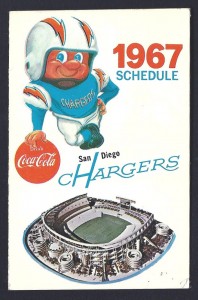 As you would imagine, AFL jumps jumped right into the pocket schedule fray (as some might call it), and printed up thousands of these little cards to distribute to their legions of potential fans.  The schedules typically served their purpose, and were thrown away at the end of the season.  As a result, the vast majority of these neat, little collectibles ended up in landfills across the country, which makes those that survived rather difficult to find and sometimes, quite expensive.  A quick scan of current eBay auctions shows that pocket schedules from the 1960s in baseball, football and basketball range in price from a few dollars apiece to more than $60.  I have seen some early AFL schedules sell for north of $100. 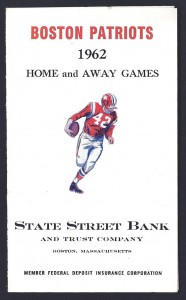 Teams typically put out multiple versions of their pocket schedule each season.  Differences may include a featured athlete, key sponsors, English vs. Spanish versions, and design – perhaps a bi-fold or tri-fold schedule versus a double-sided card or small booklet.  Regardless of the design, these schedules are highly anticipated, and hotly collected each season. 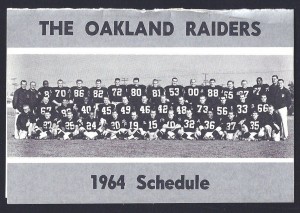