When talking about the San Diego Chargers offensive tackles, hall of famer Ron Mix is typically the one most often discussed.  It makes sense, as Mix has a list of credentials a mile long, not the least of which is his induction into the pro football hall of fame in 1979.  Still, once you get beyond Mix, you see that the Chargers had two more great tackles during their AFL years – Ernie Wright and Terry Owens.

Terry Owens, a big Alabaman who came to San Diego via the 11th round of the 1966 AFL Draft, and stuck around for the next 11 seasons.  Owens, who passed away in October 2012 after suffering from football-induced brain injuries and Alzheimers Disease, was profiled in the Chargers vs. Broncos game program from November 23, 1969. 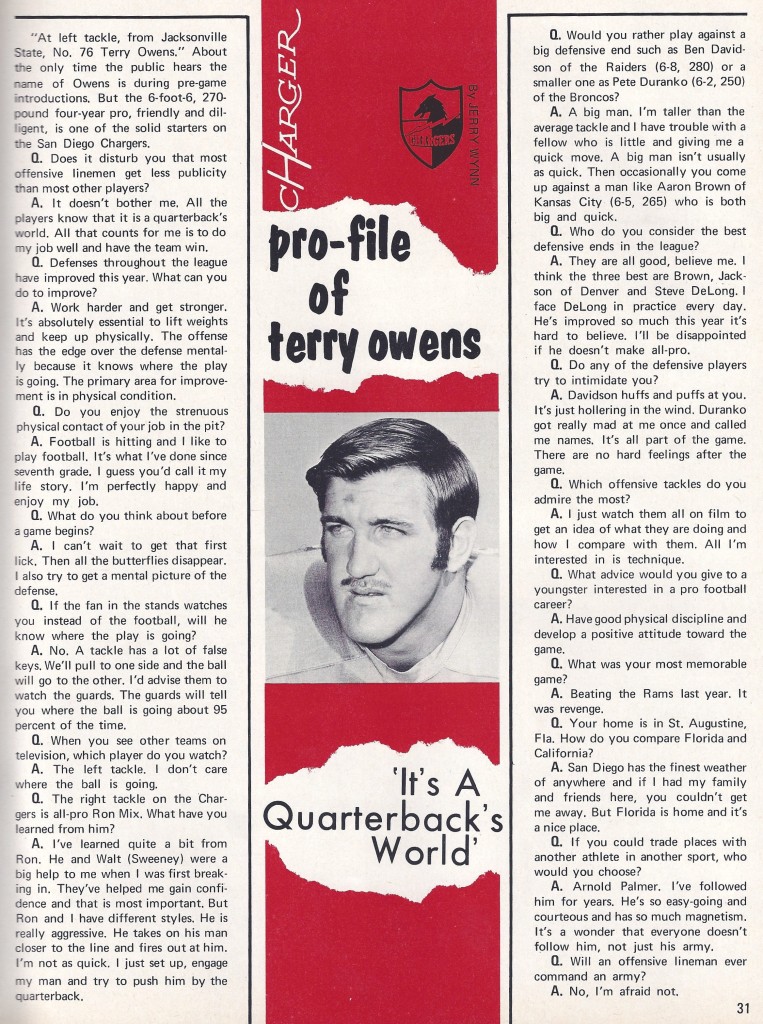