A couple of weeks back, when we were discussing the Mr. Rushmore monument for the entire AFL, a reader commented on Chris Burford’s modesty in not including himself among the elite of the 1960s Texans & Chiefs.  A couple of days later, Chris sent me an email with the following document; a breakdown of the most productive of Chiefs receivers throughout the decades.

Chris’s note was simple, and stated the facts simply: food for thought Jimax……………lots of good ones!  a compilation of those Chiefs with over 75 games with Chiefs, and their career stats on all the teams played on….caveat…some teams threw a lot more than others…particularly the last 20 years 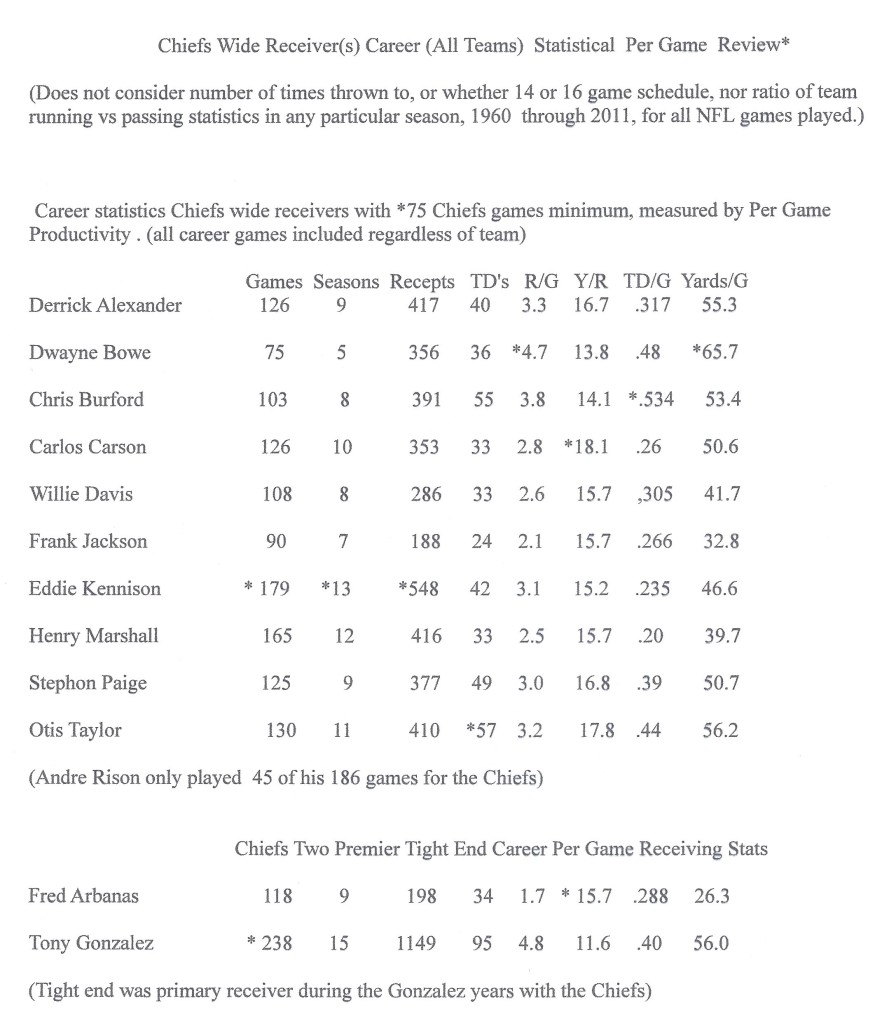